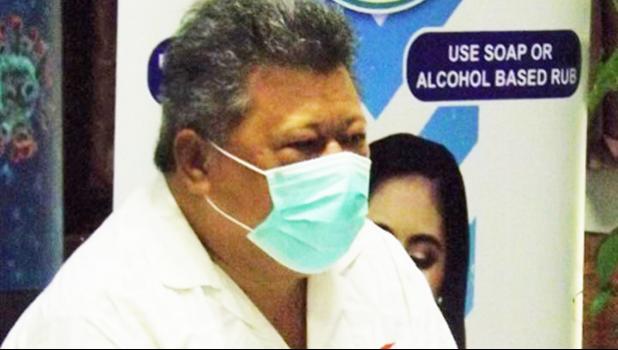 Apia, SAMOA — Samoa is looking at lowering the minimum age of people eligible for the Covid-19 vaccine.

Director General of Health Leausa Take Naseri said a surplus of vaccines has led the Ministry to consider a minimum age of 12 to get vaccinated.

The New Zealand government has offered to supply the Pfizer-BioNTech vaccine to Samoa, which would allow younger age groups to be immunized.

Samoa's Ministry of Health is also looking at vaccinating mothers who have been breastfeeding for more than six months.

Leausa believes the breastfeeding mothers category is too broad and is now under review.

He said there are mothers who breastfeed for only six or eight months, and other mothers who are breastfeeding for two to three years.

Leausa said they're looking at decreasing it to up to six months since breastfeeding to be eligible for the vaccine.

That compares to 784 cases and 15 deaths in the previous 24-hour period.

The government also confirmed 12 more deaths between 13 and 19 July, taking the death toll to 125 with 123 of these from the latest outbreak that began in April.

Health Secretary James Fong said seven of the 12 victims had died at home, with one patient receiving one dose of the AstraZeneca vaccine. The rest were unvaccinated.

There are now nearly 15,000 active cases in isolation.

Dr Fong said there have now been 125 deaths due to the coronavirus in Fiji, with 123 of those deaths during the outbreak that started in April this year.

"We have also recorded 51 Covid-positive patients who died from the serious medical conditions that they had before they contracted the virus. But these are not classified as Covid-19 deaths.

"There have been 343 new recoveries reported since the last update, which means that there are now 14,943 active cases. There have been 19,282 cases during the outbreak that started in April 2021.