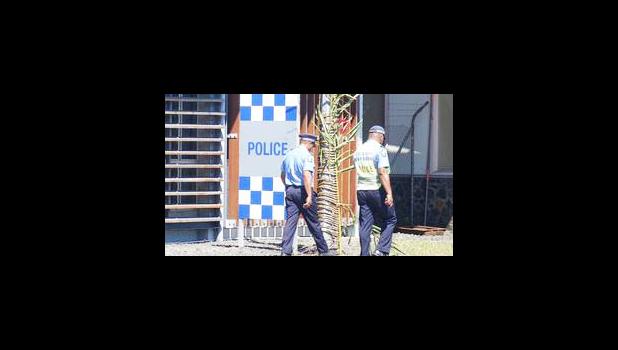 Apia, SAMOA — A 57-year-old father is slowly recovering from the gunshot wounds he sustained when a 16-year-old boy shot the man with a 357 pistol. The incident occurred in Faleatiu and the boy had since been arrested and charged. He’s scheduled to appear in the Supreme Court for mention on March 9, 2017, this is according to Samoa’s Police Spokesperson, Su’a LeMamea Tiumalu.

Responding to Samoa News questions, Su’a explained that the man suffered two wounds, one on his chest and the other on his backside. He did not divulge any information as to how the young man came into possession of the pistol but he made it clear that the police have uncovered the firearm and reminded that all pistols are illegal in Samoa.

Su’a said the defendant’s family was very cooperative and it’s unclear why the incident occurred and the police investigation is underway. According to Su’a when the matter occurred last Monday, the police reached out to the village council of Faleatiu and the defendant’s family who promised to hand over the young man once they found him. “The next day, the family turned in the young man and he had since been behind bars to face charges before the court.”

Su’a thanked the family and the village council of Faleatiu for their assistance in this matter. According to Su’a the young man is most likely to be charged with attempted murder and of course discharging of the firearm and possession of an unlawful weapon. The victim is a store owner and while initial reports by other media indicates that this had something to do with what the young man owes to the store, that information cannot be confirmed at this time.

Su’a also told Samoa News that during the police interrogations, the defendant’s mother was present at the police station, as required under the law for a parent to be present for an underage person.

Also during the press conference, Su’a pointed out that two men in their 50s have allegedly taken their own lives after they consumed parquet. The first case involves a 57-year old man, and according to Samoa’s Police Spokesperson, this man took his own life when he got fed up with his children disobeying him. The father is reported to have been under the influence of alcohol when he drank parquet, says Su’a. He further stated that the matter was reported to the police from the hospital in Tuasivi, Savai’i and the police investigations have been satisfied that this was a suicide. There will be no post mortem in this case and the family has already been informed that they can plan for the funeral preparations and the body has been released back to the family.

He said another case involved a 52-year old man, another “suicide” case. Su’a said the man went to his plantation in the morning, however upon his return home he was under the influence of alcohol. It’s alleged that his wife scolded him and this led the man to consume parquet taking his life. The Police Spokesperson stated that no post mortem is required as the physician determined that this was indeed a suicide.

Another case is a 19-year old boy who was found hanging from an extension cord inside his father’s storage room, in Nu’u. According to Su’a, this case has been ruled another suicide, however the police have yet to find out why the young man took his own life.

A 17-year old boy has been arrested and charged in connection with being in possession of marijuana, a felony. According to Su’a, the matter came under the radar of the police after they received a tip that a man was selling marijuana on a bus that he rides on a daily basis. Police responded to the call and the young man was taken into the police for questioning and during a search, the police found two marijuana joints. It’s unclear if the young man is held at the juvenile center or at the Tafaigata prison, as questions to Su’a regarding where he’s housed were not answered. Su’a said the young man is not a student as he dropped out of school and he's scheduled to appear in court in two weeks.

A physician with the local hospital is happy to have gotten her car back that was allegedly stolen from the hospital parking lot. The female doctor, according to Su’a, forgot her keys in the door of her vehicle. Su’a said the woman was not on duty as she was attending a meeting, however when she returned to where she parked, her car was missing. The police were contacted and information gathered led the police to where the vehicle was at in Vailele.

According to Su’a, a 29-year old man had since been arrested and charged for stealing in connection to this matter. Su’s explained that the defendant’s wife found the keys and gave them to her husband, who drove the vehicle to their residence. When the police found the vehicle the license plate were removed from the car. The defendant will be in court next week Monday for criminal mention.