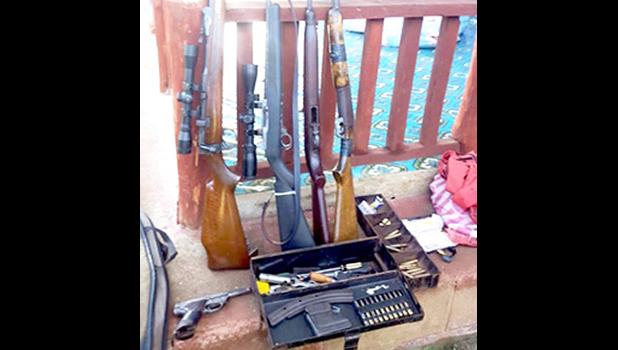 Apia, SAMOA — Three people are already charged with the recent police raid of illegal guns at Faleula and Leauva’a, but there could be more as police continue with their investigations.

Commissioner Fuiavailili Egon Keil, is concerned with the missing suspects and the threat they may pose to investigating police officers.

His main worry is the safety of the officers working on the field and responding to calls and tips from the public.

Fuiavailili rejected wildly circulating reports of a stand off between the police and the illegal gun owners at the house where the raid took place.

He told Newsline Samoa that the two suspects gave themselves up voluntarily when the police raiding team arrived.

The Commissioner is putting the emphasis on the police to be fully prepared and properly equipped when assigned to high-risk operations.