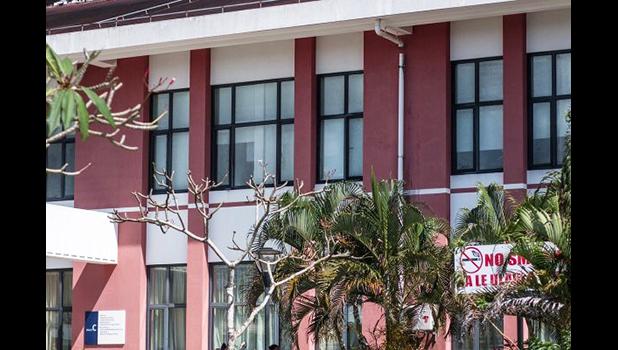 The community remains covid free however, with the 16 year old in managed isolation since he arrived on a repatriation flight on the 12th of February 2021.

Samoa’s tight processes for repatriation meant the young man was discovered positive at the border, and has been in controlled isolation since.

“The 16 year old boy is now considered to be our first positive case, with his two tests returning positive,” Agafili said.

Previous cases of repatriated citizens who returned positive results were historical cases; such as the 70 year old man and a sailor who had returned on one of the January flights.

In isolation at the Tupua Tamasese Meaole Hospital, Agafili says the boy remains healthy and shows no symptoms of the virus.

All other passengers who had returned on the same repatriation flight remain negative.

As explained by Dr Leausa, the 16 year old is returning weaker readings evident by a higher threshold cycle reading.

“The higher the threshold cycle, the lower the concentration of viral genetic material, associated with lower risk of infectivity;

“The young man’s positive reading has weakened.. for example, the threshold cycle was in the 30s, and in yesterday’s test, it has increased again, indicating a weaker reading,” said Leausa.