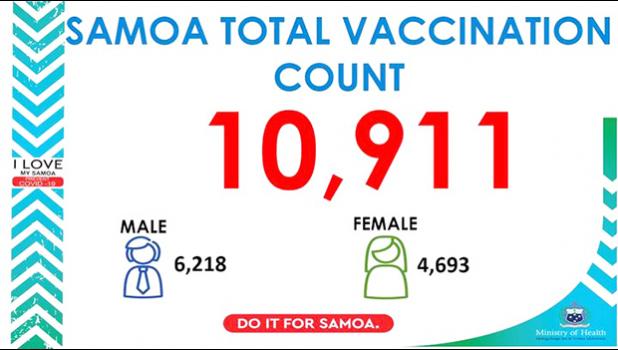 Apia, SAMOA — Samoa's borders are likely to remain closed for the rest of the year, as health authorities set a Covid-19 vaccination target.

Health boss Leausa Take Naseri says borders will re-open only when 98 percent of the eligible population has been vaccinated against Covid-19.

Currently 7 percent have received their first shot of the two-dose AstraZeneca vaccine.

Leausa says despite rigorous border testing, vaccines are the last line of defense against the virus getting a foot-hold in the country.

Samoa has secured enough vaccines for 40,000 people this year, a considerable shortfall on herd immunity target of 120,000 people.

There are 15,600 doses remaining of the current allotment from the WHO backed Covax facility which must be used before the end of May.

A further 55,000 doses are expected in the country by early June.

Leausa says the ministry is negotiating with New Zealand to secure vaccines for the remaining population.