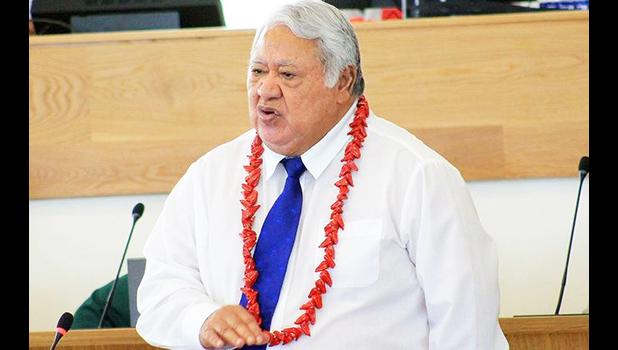 Apia, SAMOA — Samoa's Prime Minister says despite the nation still being Covid-19 free, it is highly unlikely the borders will be reopened at this stage, even to those wanting to attend urgent family matters.

The last 12 Covid-19 samples from Samoa sent to New Zealand for testing have all returned negative results.

Prime Minister Tuila'epa Sa'ilele Malielegaoi told local radio the only thing his government was waiting on was the return to shore of 17 Samoan sailors quarantined on board the Lady Samoa III interisland ferry.

The ferry was currently moored offshore until its 14 day period was over, next Thursday.

Earlier Tuila'epa indicated Cabinet was likely to approve the gradual easing of restrictions imposed under the Covid-19 State of Emergency, which had now been extended for a further four weeks until 7 May.

However this morning he warned it was highly unlikely air travel in and out of the country would be opened soon.

He also touched on the importance of the suspension of church services and urged the use of the internet to stream services so members could worship from the safety of their homes.

The prime minister said the important positive factor that had emerged from the restrictions was that most families were now worshipping together.

With churches streaming services, Tuila'epa pointed out he could now switch between services and attend all of them.