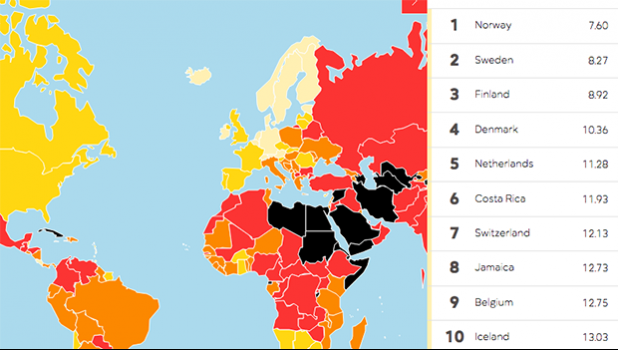 Reporters Without Borders places Samoa on 21st place, followed by Tonga on 49th place and Papua New Guinea on 51st.

The lowest ranked Pacific country is Fiji on 67th place.

They are all ranked higher than India, China, Indonesia or Russia.

Samoa is also ranked higher than the US, Britain or France.

New Zealand and Australia make the top 20, with places 13 and 19 respectively.

The top four countries are all in Scandinavia, with Norway being first.