Samoan cousins indicted in death of Marine veteran in Guam 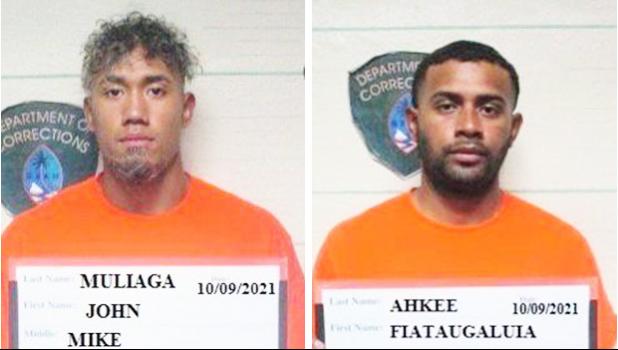 Hagåtña, GUAM — The findings of an autopsy have led to the indictment of a man for murder and of his older cousin for manslaughter in connection with the death of a 23-year-old Marine Corps veteran.

Muliaga's cousin, Fiatuagaluia Ahkee, 31, a soldier in the U.S. Army assigned to Andersen Air Force Base, also was indicted by a Superior Court grand jury and now faces charges of manslaughter and aggravated assault.

The cousins are from American Samoa. Muliaga recently moved to Guam to join Ahkee who has been stationed on Guam since 2019.

Investigators said 23-year-old Jaron "JC" died Oct. 9 after a fight broke out between two groups at the entrance of King’s Restaurant in Tamuning.