Samoan girl gains confidence from wrestling — she was born blind 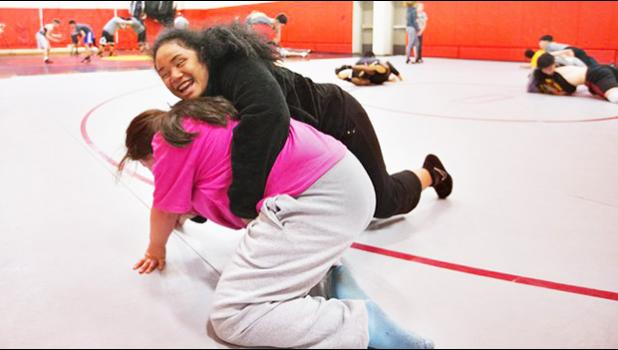 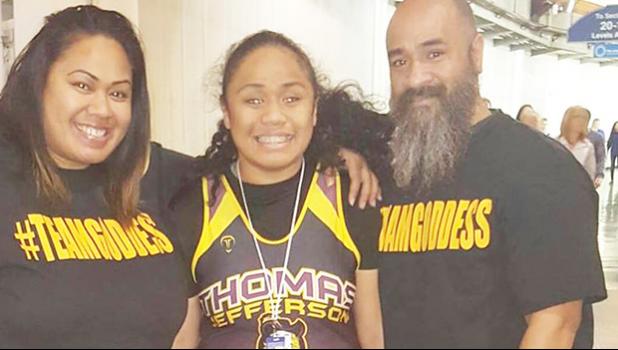 A 14-year-old Samoan girl, who was born blind, made it to the Washington State Wrestling Championship this past weekend.

Goddess Ma’alona-Faletogo a freshman at Thomas Jefferson High School in Auburn, Washington state had a dream to become a wrestler. She was born with a rare condition called Lebers Congenital Amarousis and only has light perception.

When Goddess was in 6th grade she asked her parents if she could try out wrestling. As any other parent her mother was shocked.

Goddess’ mother, Shannell Ulu of Fagatogo and Pago Pago said to Samoa News, “I was at first shocked because I was like ‘oh man how is she going to do this’ but I let my guard down and told her, ‘you can do whatever you want to do’.”

This pushed Goddess to try out for the team, which she made. She went on to be undefeated all 3 years in middle school wrestling — Co-Ed.

Ma’alona-Faletogo, who is now a freshman in high school, joined the Girl’s Wrestling Team and after finishing the regular season winning 17 fights and losing 9, her record boosted her to the State Championship.

The 14-year-old didn't always believe she could do anything she wanted, because of being blind but now sees it as a motivation. She relies on different senses than others do when competing, just like she does while navigating life's other obstacles on a daily basis. Her mother told Samoa News in a telephone interview, “Her condition has taught us the true meaning of patience and faith, it is everyday we are learning from her.”

During the State Championship this past weekend at the Tacoma Dome, Goddess made it to the quarterfinals and lost against an 18-year-old senior.

Goddess’ parents, siblings and friends who were there to support and cheer her on were still proud of her and her achievement. Her mother said, “We are so proud of her at the State Champs, not too many freshmen’s made it to State in her weight class. She did the unthinkable!”

Goddess told Samoa News, “I am content. I’m happy to make it this far. I still have plenty of time to grow and come back stronger and the other girls better watch out.”

Wrestling has built Goddess Ma’alona-Faletogo’s confidence. Win or lose she continues to strive to reach her potential and inspires those around her to do the same.

Maalona-Faletogo’s advice to kids of American Samoa: “Remember to put God first in all that you do and He will do the rest”.