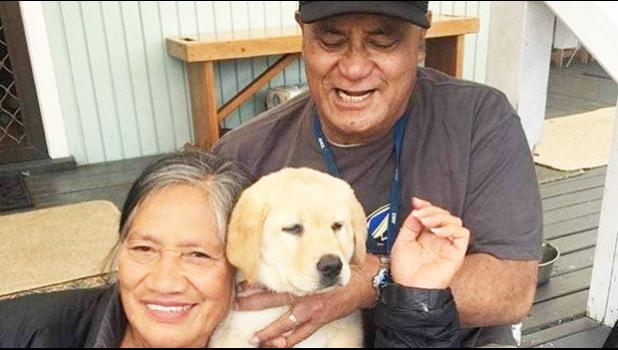 Auckland, NEW ZEALAND — The family of a Kiwi woman, who recently found out she was dying of cancer, say the process of trying to get her Samoan parents an emergency allocation in a managed isolation facility has been frustrating.

Tasi and Ioana Parker, New Zealand citizens who retired to Samoa three years ago, have been trying to get a spot in MIQ since finding out their daughter, Amanda Parker, was diagnosed with stage 4 stomach cancer in January.

But attempts to get them into the country quickly have failed because they did not meet the requirement for emergency allocation in an isolation facility.

Amanda Parker’s brother, Ray Parker, said they were insensitively asked about how long their sister had to live, to be considered for a spot in MIQ.

“It’s stage four cancer – I'm not God, nor can I predict the future, but my sister is dying ... she could die at anytime,” Ray Parker said.

“But my parents, who are New Zealand citizens, can’t get here soon enough to be with her.”

His parents’ application proved more difficult when they were told they couldn’t fly in on their booked Friday flight, and that they needed a letter from a medical practitioner stipulating Amanda Parker’s life expectancy.

Their resubmitted application on Friday, however, has been approved, a spokesperson said.

Ray Parker's family was shocked and while they understood the strict processes in place at the borders, but said some empathy from MBIE could have added less stress to a family already hurting.

The whole application process has been draining and frustrating, he said.

Ray Parker said their parents will provide his sister the support she needs when she starts immunotherapy and integrative treatment.