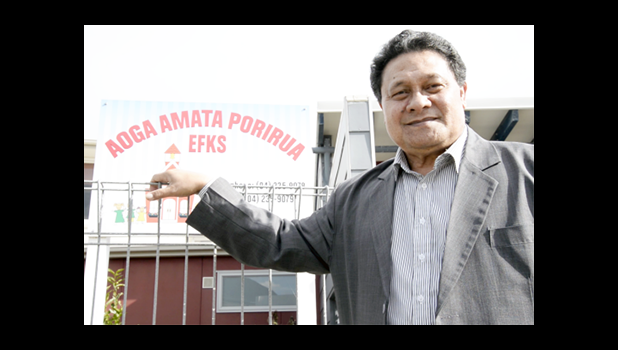 When I was a child, my parents hit me with a salu. A salu is the hard part of the coconut leaf — you take away the leaf and tie them together, just like a whip. Most Samoan families had a salu around the house. It was meant to be for cleaning rubbish, but was always used for punishment whenever a belt was not to hand.

I received the salu very often as a child, mostly on my back. It made me feel like I was a very bad person. It’s an experience I would most certainly not deliver to my own children – especially now that we know there are other ways to raise a child, better options which don’t involve hitting them.

Often, a small portion of the Book of Proverbs in the Old Testament — spare the rod, spoil the child — is cited as a reason to smack our children, which collapses under bare theological scrutiny. We should of course, use the Bible as foundation for parenting — it instructs us to guide our children carefully with love and compassion. However, hitting our children is simply the wrong kind of teaching. It is certainly not an intrinsic part of Samoan culture, nor of Christianity.

When the missionaries arrived in Samoa from Europe, they didn’t bring just the gospel. They also brought their own culture, and biblical interpretations, with them. Samoa was transformed within nine years of accepting Christianity, instructed by missionaries who had a western world view and perceptions of their own.

During my own research into pre-Christian Samoa, I discovered that smacking played no part in our religious rites. It was not a feature of our language and culture. Accepting children into family life was a more inclusive process. Traditional Samoan values promoted the protection of children, not the infliction of suffering upon them. This opened my own eyes, and took me on a journey which challenged many of the old ways I had previously accepted to be true.

We all contend with a kind of legacy that is left over from our parents, or from a previous generation. My own parents had the best intentions when they smacked me: It was considered the proper way to discipline a child. When I entered into parenthood myself, I took that learning with me, and started smacking my own children. But then I learned that there are more and better ways of parenting.