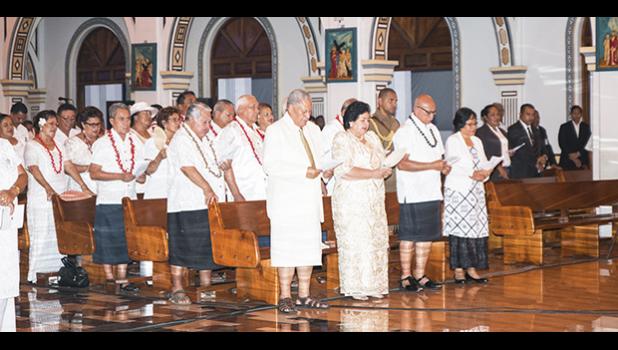 The service was conducted by the Chairman of the National Council of Churches, Leaupepe Kasiano Leaupepe at the Mulivai Catholic Cathedral.

It was the first official activity of the celebrations this year and it was well attended.

The official programme starts at 6.05am Friday with the arrival of the official guests.

The Head of State, His Highness Tuimaleali’ifano Vaaletoa Sualauvi II, will deliver the official independence address followed by the raising of the flag by Member of the Council of Deputies, Le Mamea Ropati Mualia.

Entertainment will be provided by the E.F.K.S. Youth Vaisala and E.F.K.S Youth Saleapaga. Cultural performances will then follow in front of the Government building.