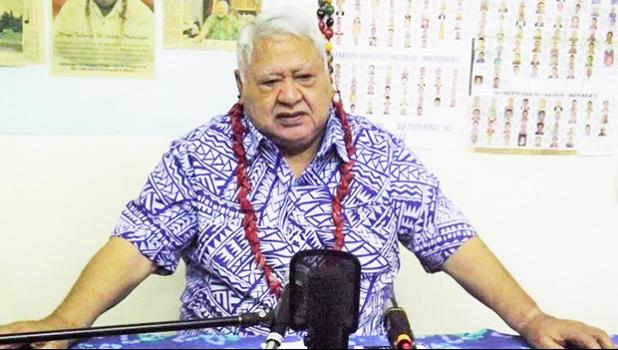 The HRPP party, led by former prime minister Tuilaepa Sailele Malielegaoi, were told by a letter Monday from Speaker, Papali'I Ta'eu Masipa'u, that a decision has been made not to allow a swearing in ceremony for them when the House convenes.

The letter said that it was still evident from a recent letter from HRPP to the Speaker, as well as what was said at a party meeting last Friday, that HRPP still has not accepted or recognized the Faatuatua I Le Atua Samoa ua Tasi, or FAST, government as sworn in on 24 May.

"For this reason there will be no swearing in and all members who have not been sworn in will not be allowed to attend."

The letter did not say when a swearing in would be scheduled.

Eight of the 25 HRPP MPs elected on April 9th have either lost their seats or committed to by-elections in the wake of the electoral petition process.