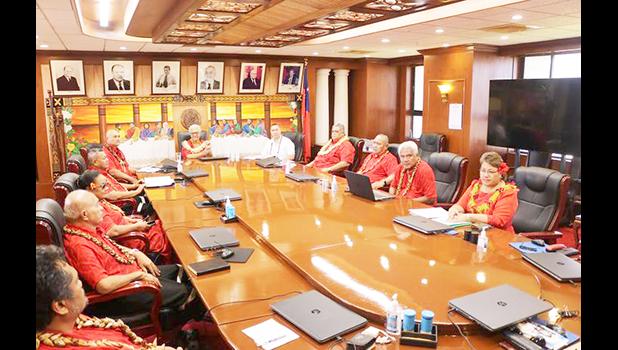 Gov. Lemanu Peleti Mauga told a cabinet meeting yesterday, Monday, July 26, 2021, of communication earlier in the day with Samoa’s new Prime Minister Fiame and that American Samoa has expressed blessings to the new government of Samoa. And in return, Fiame send regards to American Samoa.

Lemanu said ASG will give Fiame’s government time to transition before official communication and other matters are discussed in the future. He asked the people of American Samoa to keep Samoa in their prayers and hearts.

It has been 109 days since being elected and the FAST party has finally been able to take office.

Ministers have now moved into their new offices and met with their ministries' chief executives.

The interim operational budget can meet up to 25-percent of the value of the last year's budget.

Parliament will be called to approve it.

Despite months of acrimony and uncertainty since the election, a FAST spokesperson says the transition to government is going smoothly.

He says his party will support it and work with it in good spirit.

Minister of Women & Social Development and Associate Minister of Finance

Minister of Justice and Courts Administration