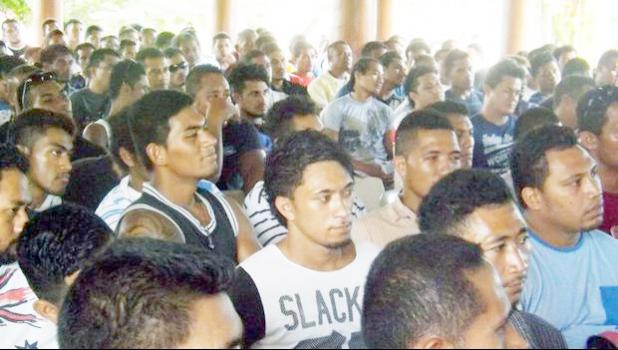 Apia, SAMOA — Samoa is earning millions of dollars from its labour force on the New Zealand and Australian seasonal workers schemes.

The Labour Minister Lautafi Fio Purcell announced the earnings during his reply on the Supplementary Budget 2020/2021 in Parliament.

He said in the 14 years since the start of the scheme, the workforce had increased steadily to the current 3400 labourers.

"We are seeing an increase in earnings from the scheme," he told the House.

"This is money that is going directly to our families and villages which is an amazing development."

This is the first time earnings from the scheme have been made public which garnered praise from members but also requests for more villages to be included in the scheme.

However Lautafi issued a warning in that regard.

"Experience is what these companies look for so they're not keen to take new and inexperienced workers who will need to be trained."

Prime Minister, Tuila'epa Sa'ilele Malielegaoi, said the main reason that new workers have not been recruited is experience.

"Experience is what these companies look for so they're not keen to take new and inexperienced workers who will need to be trained," he said.

He hoped more new jobs become available so more workers get a chance to go and work.