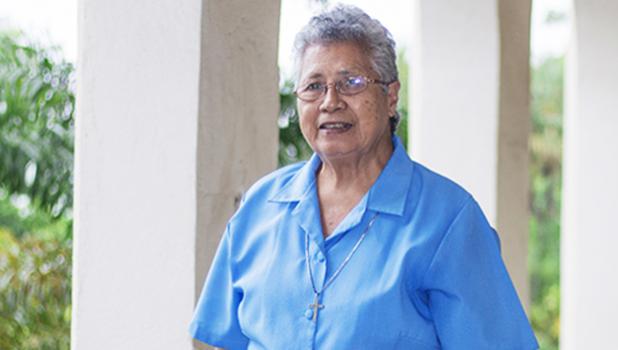 For more than 62 years, she has been making a difference in the lives of hundreds of ordinary and extraordinary Samoans.

Serving as a Teacher, Principal and a Sister of the Missionary Sisters of the Society of Mary (S.M.S.M.), Sister Emanuela has been a guiding light that has shaped the lives of many Samoans – some of them going on to become leaders in government, private corporations, multinational companies, churches, villages and all over the world.

The 82-year-old hails from Leagiagi Aleipata and Leone. She is the daughter of the late Gus Victor Betham and Sesilia Betham.

From her humble beginnings at Saleaumua Primary School, Sr. Emanuela’s life has been one well lived.  In serving her God, she has spent time in Rome, many European countries as well as the United States of America. But her heart has always been for Samoa.

Sister Emanuela was among many outstanding nominees recommended by members of our community for this honour.

The Samoa Observer Management and Staff discussed the recommendations and the decision was made to choose additional individuals and some companies as our "People of the Year."

The undeniable truth is that there are many other outstanding individuals who are not on this list. But it is impossible to have everybody included.

For today, we are highlighting the stories of just some of the people who have made a real difference, inspired people in this country.