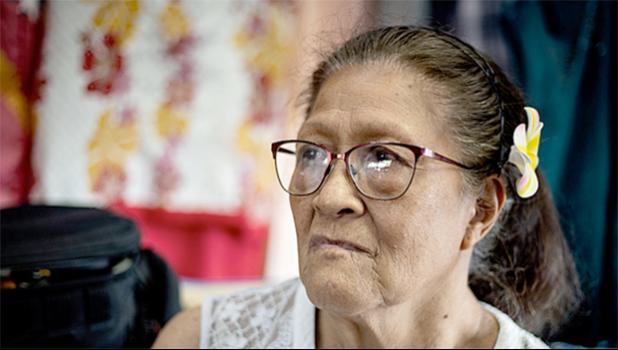 Apia, SAMOA — The mother of a Samoan sailor currently abroad on a cruise ship has expressed concern about her son's welfare and appealed to the Samoa Shipping Services to keep her and other parents updated.

Local Moe Lei Sam told Samoa Observer that her son Jerry Ta'avao is one of the many Samoan sailors currently stuck on ships overseas, and is unable to return home until the coronavirus (Covid-19) restrictions are lifted.

She said revelations recently of a stabbing incident involving local sailors by the Samoa Shipping Services General Manager, Lautimuia Afoa Va’ai, is a cause for concern and a worry for her.

"The incident happened in April. It's now May and we've only just found out. We need to know what’s going on with our children, whether they are safe or treated well," she said. "If that fellow that posted the video on Sunday hadn’t come out, we wouldn’t have found out about that stabbing incident between those two sailors.  It seems like Samoa Shipping Services doesn’t want us to find out but we have the right to know these things because it’s our children stuck out there. Because of this, I am really worried about my son, who is also a sailor and is stuck on a cruise ship as well."

Moe said that her son called on Sunday and she told him about a viral video of one of the sailors posted on social media.

However, she said her son indicated that they are disappointed as it seems the Government is not concerned about them, which is unlike their employer Samoa Shipping Services who is looking after them well.