Struggle for political control over Samoa to continue in courts 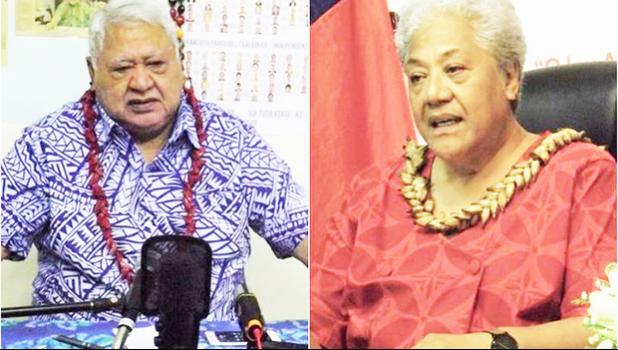 Apia, SAMOA — The struggle to decide Samoa's government is headed back to court, as both main political parties continue to stand firm on their beliefs following a Supreme Court ruling dismissing a call for a second election.

The Supreme Court on Monday (Samoa time) threw out the Head of State's move toward a second election to break a post-election stand-off where neither major party had received a majority.

A move by the Electoral Commission to add an appointed women's seat, awarded to the incumbent Human Rights Protection Party (HRPP), was also thrown out.

In a brief televised statement following the ruling, the leader of the Faatuatua I le Atua Samoa ua Tasi (FAST) party, Fiame Naomi Mata'afa, called on the Clerk of Parliament to convene a sitting of the House so members can be sworn in and a new government formed under her leadership, "as the Prime Minister elect", to carry out the business of governing.

Fiame said that the rule of law had prevailed.

"We now have answers to our cries for relief, the Supreme Court has now pronounced the law. We must now obey and act in accordance with the law," she said.

Fiame also called on all public servants including all heads of ministries and government organisations, to carry out their duties "independently and impartially".

Meanwhile, caretaker Prime Minister Tuilaepa Sailele Malielegaoi said his caretaker government would remain in power and carry on the business of governing until all election related matters before the courts were dealt with.

In a televised broadcast on Monday evening, Tuilaepa told the country there would be an appeal on the Supreme Court's ruling against the decisions taken by the Head of State and the Electoral Commissioner.

Tuilaepa, head of the HRPP, said the verdict on the decision to invoke the additional women's seat in the House had not dealt with the main issue at hand.

"For these reasons, these decisions will be appealed," he said.

According to Tuilaepa, 28 election petitions were filed after the elections as well as 28 counter suits, and all needed to be dealt with by the courts.

He also revealed 19 more cases had been filed last Friday by HRPP against the FAST party.

"That is 75 cases, and these include criminal charges against their leaders," he said.

Tuilaepa said the election petitions would go ahead, and there would be many by-elections called in the weeks to come.

He pointed out that would drag the process further, but that his government had offered the best way forward by accepting the Head of State's call for fresh elections.

He also revealed that HRPP lawyers had offered to drop all election petitions and head to new elections, but that had been rejected by FAST lawyers.

"So we will now continue with these cases," he said.

It is not clear when the petitions will start to be heard in the Supreme Court, but Chief Justice Satiu Simativa Perese two weeks ago told lawyers handling the cases to prepare for the hearings.