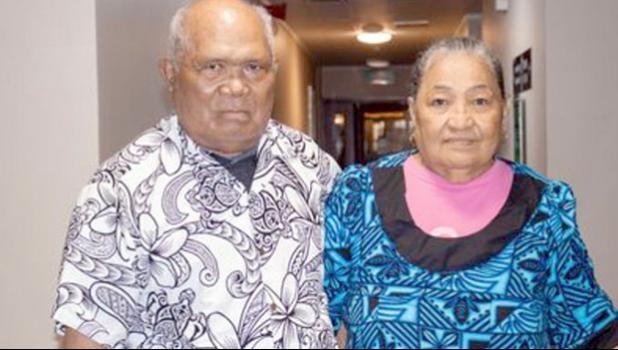 Apia, SAMOA — A Tokelau man, on the same flight as the Samoan sailor who tested positive for Covid-19 last week, says he's concerned precautions are not being adhered to on repatriation flights amid the pandemic.

The sailor flew from Italy to New Zealand and was among more than 250 people who travelled on the repatriation flight from Auckland to Apia last Friday.

The man's next test will be sent to New Zealand for confirmation as he had tested negative both before and after the positive result.

However the Samoan government is treating him as a suspected case, with both the man and his roommate in isolation.

Ioane Nui Tumua and a group of 34 Tokelauans were on the same flight as the sailor.

Tumua and his wife had been in Auckland since September last year.

The couple had sought medical assistance under New Zealand's Health Referral Scheme and were scheduled to return home when the borders were closed.

Speaking to RNZ Pacific from his quarantine room in Apia, Tumua said news of a passenger potentially contracting the disease was worrying.

The 76-year-old judge from Nukunonu said other Tokelauans he spoke with all shared his concern about the latest developments.

"We are worried now that we have found out that the Samoan sailor was on the same flight as us," he said.

"And the worst part is he could have been sitting next to us and we didn't know."

But Tumua said of greater concern was the lack of communication with health officials in Apia.

Tumua said since the prime minister's announcement, no one had informed them of "what's happening or is going to happen".

He said their last Covid-19 test was carried out on Wednesday and the next scheduled session is on Tuesday.

"Having to wait five days to know if you have the virus or not is a concern," said Tumua.

"All of us in quarantine in Samoa should be prepared and alert.

"We must stay indoors and obey whatever advice is issued from the government."

Last Friday's flight was the first for Tokelauans wanting to return home, he said.

Tumua said to reach Tokelau, the islanders would need to transit through Apia.

"When Tokelauans who have been waiting for the borders hear of a repatriation flight they just jump as it's the only thing they want (is to go home).

"But after what's happened I think they should rethink because of the risk.

"If it wasn't for my wife, I would have preferred to stay back in New Zealand until a vaccine was available."

Tumua said while they were grateful for the assistance by the various governments to get them home, more needed to be done to protect passengers.

He said people travelling together should be kept in bubbles and should be seated together during repatriation flights.

He said prior to last Friday's flight , the Tokelauans had stayed together at a facility in Auckland.

"We could've sat together in a bubble on the flight to minimise exposure to Covid-19. But we weren't," said Tumua.

"It is a worry that we were scattered all over the plane and seated next to passengers we don't know who might have come from other countries.

"People travelling together should be seated together on these repatriation flights as the risk of infection is high."

Tumua said he hoped the group would not need to stay on longer in Samoa - even after their mandatory 14-day isolation period.

He hoped the Tokelauans could be on the first available ship out of Apia when they had completed their quarantine requirements.

He said this should take place well before the next repatriation flight arrived in Samoa.

We don't need too many Tokelauans in quarantine at one time as that itself is a huge health risk, said Tumua.

He said Tokelau had one hospital and would not be able to cope with an influx of citizens arriving home from a Covid country.

In the meantime, Tumua said they had one week left in quarantine and he hoped they would be cleared after their Covid-19 tests on Tuesday.

Meanwhile, the Samoan government said this weekend they should receive confirmation whether the sailor has the coronavirus or not.