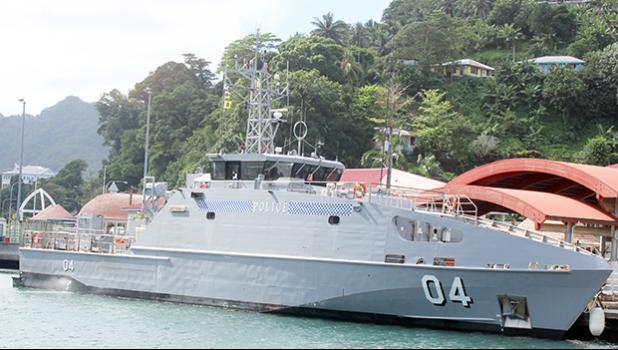 Source: RNZ Pacific
Apia, SAMOA — In Samoa, the suspended Officer-in-charge of the Nafanua II patrol boat, Superintendent Taito Sefo Hunt, faces five charges of misconduct over the grounding of the vessel on a reef.
Deputy Police Commissioner, Auapa'au Logoitino Filipo told Samoa Observer that Taito is facing disciplinary charges to be heard before the Police Disciplinary Tribunal.
He said the charges are not criminal charges.
Superintendent Hunt was suspended last week pending the result of an investigation into his role in the wreck.
The patrol boat was grounded after transporting officers to boost Police numbers during a vehicular rally around Savaii organised by the HRPP to highlight what they say was biased Supreme Court decisions.
An Australian salvage team will refloat and prepare the patrol boat for towing to Australia for repairs.