On The Trail: Living in American Samoa 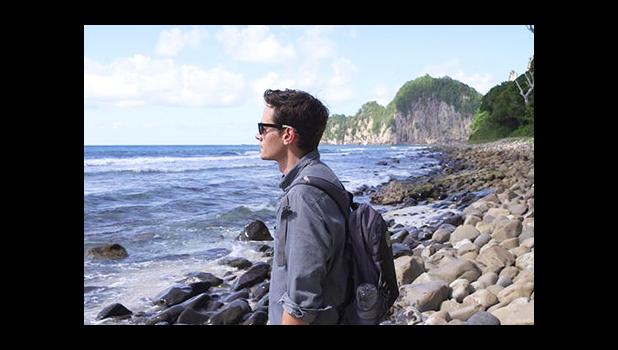 Of all of the delegations at the Republican National Convention, only one introduced ITSELF to the rest of America: American Samoa, an often-overlooked collection of islands in the South Pacific which has been a U.S. territory since 1900.

And yet, a lot of people, says Pua Tuaua, “have no idea where this place is.”

Tuaua is a Ranger at the National Park of American Samoa, located more than 7,000 miles from our nation’s capital. It’s the only U.S. soil south of the equator -- home to tropical fruitbats and colorful crabs. The pristine coral reefs there are some of the best in the world.

The island’s remoteness has also helped preserve its way of life.

“The most important thing is our culture,” Ranger Tuaua said. “We also preserve our culture here.”

Samoan culture combines ancient traditions (like cooking in an “umu,” or earth oven) with more recent ones. The islands have been overwhelmingly Christian since the arrival of missionaries in the 1800s.

In the capital city of Pago Pago, you pay for the fresh coconuts in dollars. The American flag is everywhere; it’s the preferred decoration on family-run shuttle buses.

In fact, the close to 55,000 people who live here may be the MOST patriotic in the entire country.

As the American Samoan delegate to the Democratic National Convention observed, the territory is where, “per capita, more of our sons and daughters proudly wear the uniform of the U.S. Armed Forces than any other state or territory!”

The military has a big presence here. But, despite participating in the primary process, American Samoa won’t be choosing the next commander-in-chief. Just like the people of Puerto Rico and Guam, residents of American Samoa don’t get any electoral votes.

Peter Taliva’a was born in the small village of A’nuu, where he still lives today. “All we do now is just to pray for a good leader to rise up and to make a difference,” Taliva’a told Knighton.

And like most everyone else there, not only has Taliva’a never voted for president, he’s not a U.S. citizen. The people of American Samoa are considered U.S. nationals.

Charles Voa Alailima is an attorney working to change that classification. “You’re born owing allegiance to the United States, but you’re not a citizen,” Voa Alailima said. “America doesn’t owe its allegiance back.”

While the other major territories have achieved citizenship-by-birth through acts of Congress, it never happened in American Samoa. Last year, Voa Alailima and his colleagues filed a lawsuit arguing that the 14th Amendment, which guarantees citizenship to those born on U.S. soil, should apply to the territories.