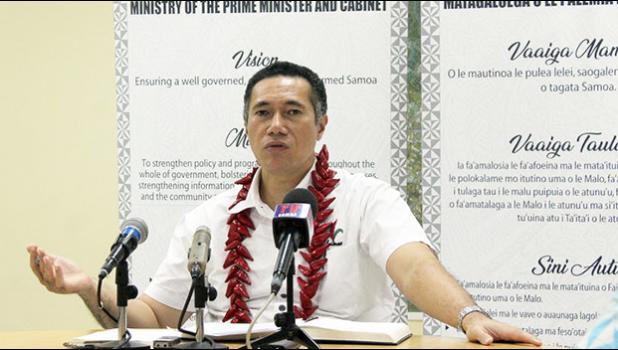 Apia, SAMOA — Travelers to Samoa will soon begin paying for their quarantine costs as the government moves to reduce the expense of coronavirus prevention measures that began two years ago.

Currently the Samoa government has been paying for the cost of accommodation, breakfast and lunch in MIQ for passengers.

This has so far cost 18.74million tālā since the start of repatriation flights, a cost that also includes cost of security services, transportation and associated costs.

Agafili said the average cost to repatriate and quarantine one person for 21 days is between $3,000 and $5,000 tālā.

The Minister of Finance, Mulipola Anarosa Molio'o-Ale, recently noted that despite the substantial cost to the government, the upside to all this is it is stimulating the economy.

She said the money is staying in Samoa through payments for all local services which have an economic effect on hotels and other services which keep people employed.

This is similar to Gov Lemanu Peteli Mauga’s mention in his recent State of the Territory address on the upcoming comprehensive report on the cost of the repatriation, quarantine and vaccination initiatives, which indicates that 63% of the funds were spent locally in American Samoa.

Agafili said that the Samoa government is still in discussions on whether to gradually open borders and that the situation in Fiji is being monitored after they opened borders to tourists and had a spike in COVID-19 cases.

Meanwhile, Samoa has approved flights for the first three months of 2022 to bring returning citizens home as well as take seasonal workers to New Zealand and Australia.

A total of nine return flights have been approved until March 2022.