UN relationship with Samoa under a cloud 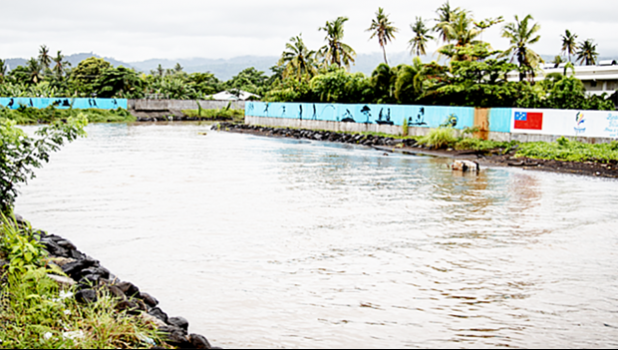 Apia, SAMOA — The United Nations has glaring problems in Samoa where the government is calling for the UN's role in the country to be reviewed.

The most pressing immediate problem concerns the UN Resident Co-ordinator in Samoa, Simona Marinescu, and the local government's allegation that she has interfered in domestic politics.

Samoa's ruling Fa'atuatua i le Atua Samoa ua Tasi (FAST) party has accused Marinescu of breaching UN principles of neutrality by actively working against the party during this year's election.

The FAST claim partly relates to Marinescu's involvement in the push to increase the number of women MPs in Samoa. The issue of a quota for women's seats in parliament became a central point of contention in the drawn out impasse between the former ruling Human Rights Protection Party and FAST over April's election, which was won by FAST.

Marinescu, a former politician in Romania who took up the Apia post in early 2018, is a vocal advocate of women's rights. However, by pushing the women MPs matter during the testy initial post-election stages, she was accused of having favoured HRPP and its leader, Samoa's long-time prime minister Tuilaepa Sailele Malielagaoi, who aimed to prevent Fiame Naomi Mata'afa becoming the country's first woman prime minister.

After months of court action over the election outcome, as well as rallies by HRPP supporters which FAST has accused Marinescu of helping to instigate, Fiame is now installed as prime minister - and her government has the knives out for the UN rep.

FAST party chairman deputy prime minister La'auli Leuatea Schmidt has also questioned Marinescu's role in a reported recommendation to legalise abortion in Samoa made as part of a submission by the UN country office for Samoa's recent Universal Periodic Review at the UN Human Rights Council.

La'auli said it was not Marinescu's place to have pushed for changes to Samoa's laws in the area of women's rights, adding that she had crossed a line.

"She should not affiliate with our local domestic politics," he said.

"That is our main concern, because we found out that she has been involved with our political affairs locally."

The diplomat has been unavailable for RNZ Pacific's requests to comment. Having attended COP26 in Glasgow, Marinescu remains out of the country, and it is uncertain if she is welcome to return to Samoa given the new government's feelings.

Tuilaepa, now the opposition leader, came out in defence of Marinescu and called for an apology from La'auli whose attacks he described as "uncalled for".

Sources close to the UN in Samoa described it as unlikely that Marinescu had sought to help HRPP win government over FAST, but said her interventions were ill-judged, badly timed and came across as high-handed.

During Marinescu's tenure in Samoa, a major climate change resilience project under the UN umbrella has gone awry with the emergence of corruption allegations.

The Vaisigano River Catchment Project, a US$65 million flood proofing project to fortify a main river in Samoa's capital Apia from rising sea levels, was to be 90 percent funded by the UN's Green Climate Fund.

But the UN Development Programme (UNDP) has been investigating allegations of corruption in the project since last year, and the project has stalled. In its preliminary form, the work proved insufficient to prevent significant damage from last December's floods in Apia.

Furthermore, the Samoa Observer recently revealed that the UN's Samoa office (a multi-country desk which also oversees the UN's Cook Islands, Niue and Tokelau programmes) was stripped of its authority to manage the Vaisigano Catchment and other development projects due to the concerns about its financial mismanagement.

The UN's Bangkok office is now controlling expenditure over up to a dozen projects under the Samoa office, also including a US$52 million project for increasing the country's production of renewable energy, and several projects in Niue and the Cooks.

Regarding the Vaisigano project, the UNDP said formal investigations were launched by its Office of Audit and Investigation, "appropriate follow-up actions have been initiated" and the case has been referred to national authorities.

NZ climate change minister James Shaw said New Zealand's work in climate funding was primarily geared toward working with partner countries directly, rather than through multi-lateral funds such as the Green Climate Fund.

"One of the reasons for that is when you're working bilaterally, directly, you've got much better line of sight of the projects, and so that helps us to manage around any issues of corruption that might arise."

Sources have told RNZ Pacific of their concern that there was a lack of checks and balances over the Vaisigano Catchment Project, as well as a lack of progress in the project generally since it was signed off in 2016.

Marinescu has not had direct oversight of UNDP projects since the role was de-linked from that of Resident Co-ordinator, and new UNDP Resident Representative Jorn Sorensen arrived in late 2019.

However, Samoa's prime minister has said she was considering lodging a formal complaint about Marinescu's behaviour in relation to alleged interference in local politics.

The emerging problems in the UN Samoa relationship come as parts of the country are headed back to the polls this week for six by-elections. The by-elections are the result of post-election legal challenges, which led to HRPP election-winners for these electorates giving up their seats.

Meanwhile, Fiame's government has called for a review of the UN's role in Samoa.

La'auli has acknowledged the good work that the UN has done over many years in Samoa.

But he said the new issues that had arisen highlighted a need to revisit the relationship with the UN, in the interests of protecting Samoa's culture and Christian values.