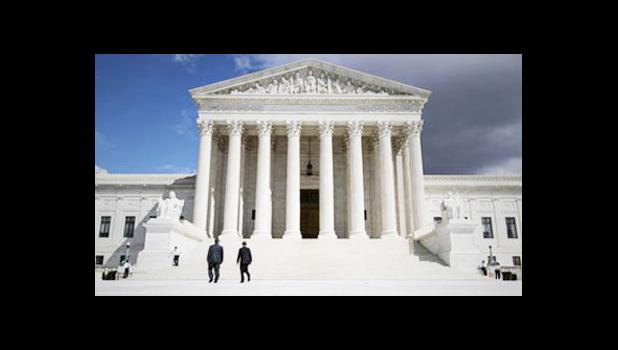 In an amicus brief filed in United States v. Vaello-Madero, a case concerning whether it is constitutional to deny Supplemental Security Income (SSI) benefits to residents of Puerto Rico, the attorneys general urge the Court to carefully scrutinize Congress’s reasoning for discriminating against the territories. The coalition argues that Congress must have a good reason for treating one state differently from another, and that a similar standard should apply to treatment of the territories. The brief also highlights the racist roots of discrimination against residents of U.S. territories, and points out that by excluding territories from certain nationwide aid programs like SSI, Congress withholds assistance from areas in which it is arguably most needed.

“Our federal aid programs are a lifeline to millions of families, but Americans in need in Puerto Rico, Guam, and other territories have been unfairly excluded from these safety nets. Rules excluding territories like Puerto Rico are built on old, racist theories of colonial governance from over a century ago, and there is no reason to continue this harmful discrimination,” said Attorney General Tong.

Congress enacted the SSI program to provide low-income Americans who are elderly, blind, or disabled with monthly financial assistance. However, only residents of the 50 states, the District of Columbia, and the Commonwealth of the Northern Mariana Islands are eligible under federal law. Americans living in Puerto Rico, Guam, the U.S. Virgin Islands, and American Samoa are not eligible for this assistance.

In their amicus brief, the attorneys general urge the Supreme Court to treat discrimination against U.S. territories by Congress with suspicion because:

• Congress should have a good reason to treat one region of the country differently than another: The Supreme Court has made it clear that to treat states differently, Congress must demonstrate that the differential treatment is necessary to address a specific problem. The coalition argues that over the past century, the territories have become more tightly woven into our national fabric, and that a similar level of scrutiny should be applied to discrimination against the territories.

• The differential treatment of U.S. territories is rooted in racism: Congress’ ability to discriminate against territories like Puerto Rico relies on the Insular Cases, a series of Supreme Court decisions from the early 1900s about the status of the territories acquired from Spain. These cases upheld the power of Congress to treat the new territories, which were formerly Spanish colonies, differently, and were based on racial biases and now-discredited theories of colonial governance. For example, in one of these cases, the Court explained that it was neither unreasonable nor unconstitutional for Congress to deprive territory residents of the right to trial by jury and described the territories as “peopled by savages.” The attorneys general argue that this troubling precedent should not be perpetuated by rubber stamping Congress’s discrimination against the nearly 3.8 million residents of U.S. territories.

• Congress irrationally includes some territories in benefits programs and excludes others: Multiple federal aid programs operate in some territories but not in others. For example, the Northern Mariana Islands is the only territory in which residents can receive SSI, but it is also the only territory excluded from Temporary Assistance for Needy Families, which provides cash assistance to low-income families with children. The Supplemental Nutrition Assistance Program (or food stamp program) operates in Guam and the U.S. Virgin Islands, but not in Puerto Rico, American Samoa, or the Northern Mariana Islands. There is no discernable pattern to Congressional decisions to extend programs to one territory but not another, and this haphazard discrimination generates unnecessary burdens for states and harms residents of the territories.