U.S. Senate approves nomination of Ambassador to NZ and Samoa 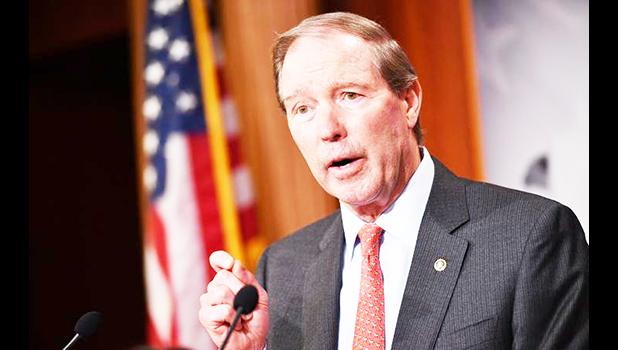 WASHINGTON — The U.S. Senate has confirmed the former Democratic Senator from New Mexico Tom Udall as ambassador to New Zealand and Samoa.

Mr Udall was nominated in July by President Joe Biden.

He was a two-term senator before standing down in 2020.

In the Senate he served on the Foreign Relations Committee and has been a strong advocate for Native American tribes, and a co-sponsor of the Green New Deal.

New Zealand has been an important ally in the region, and on Friday hosted Biden, Russia's Vladimir Putin, and China's Xi Jinping for a virtual Asia-Pacific Economic Cooperation (APEC) summit on managing the global pandemic.

"This position - working with one of our closest partners and allies - is integral as we work closely with New Zealand to confront the challenges facing our nations - including Covid-19, climate, and China," Udall said in a statement.