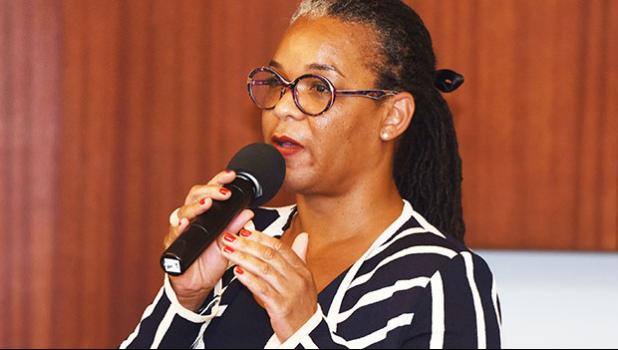 By
Colleen Uechi, The Maui News

KAHULUI — Maui veterans are calling for improvements to the Veterans Choice Program, an option that allows those who live far from Veterans Affairs medical facilities to seek care with civilian doctors.

It’s an option veterans said they’re glad to have, but the relatively new program has bugs, they explained at a town hall Tuesday at the Maui Arts & Cultural Center.

“It’s one of the best programs that the VA has ever given to the veterans in Hawaii, so that we don’t have to travel to Honolulu to see a doctor,” said Fred Ruge, a Korean War veteran and Wailuku resident. “The only problem with that program — I talked to a lot of private doctors, and it takes so long for them to get paid after we visit them that a lot of doctors don’t want to participate in the program.”

The Veterans Choice Program is a health plan that provides “back-up” care if a veteran cannot be seen by a health care facility under the U.S. Department of Veterans Affairs within 30 days, or if the closest VA medical facility is more than 40 miles away, according to the VA website.

For Neighbor Island veterans, it’s a useful option. And while Tripler Army Medical Center on Oahu is the de facto military hospital, it’s not officially a VA facility, so the program applies to veterans in Hawaii, the U.S. territories of Guam and American Samoa and the Commonwealth of the Northern Mariana Islands.

But, as Ruge pointed out, there are issues with the length of time that doctors must wait to get reimbursed by the VA.

Vietnam veteran and Kahului resident Bill Staton said there’s a disconnect between the doctors and the VA clinic, which sometimes is unaware of the type of medical care that veterans are receiving through the program.

“It’s really not working for Hawaii. Clearly not for the Neighbor Islands,” Staton said. “We don’t know how long it’ll take for us to be able to see these doctors we’re sent to. It can be anywhere from 30 days to months.”

The choice program was implemented so quickly two years ago that the VA has been racing to catch up ever since, said Karl Kiyokawa, Pacific regional director for TriWest Healthcare Alliance, the company that helps veterans find doctors through the choice program.

After a veteran sees a doctor, the doctor files a claim with TriWest, which reports to the VA so the doctor can be reimbursed. Kiyokawa said that, because the reporting system wasn’t in place yet, “it backed up all the payments.”

“But as of the first of this year, we’re pretty much caught up with payments, so providers should see payments coming their way,” Kiyokawa said. “But if do hear from your doctor that they’re not getting paid, please get in contact with us.”

Cherie Gnehm-Wright, veterans service counselor with the state, said that the concern she hears often is that veterans don’t have a liaison or someone to contact with their issues. While the VA and TriWest work out the reimbursement, the veterans continue to get bills in the mail and aren’t sure where their claims stand, she said.

“It’s a new program that’s still got a lot of bugs,” she said.

TriWest is working to get doctors and the VA clinic on the same page, Kiyokawa said. The company has been reaching out to doctors to make sure that they send medical reports back to TriWest (as requested by the VA), so that the reports can be put into the VA’s information system.

Read more at The Maui News