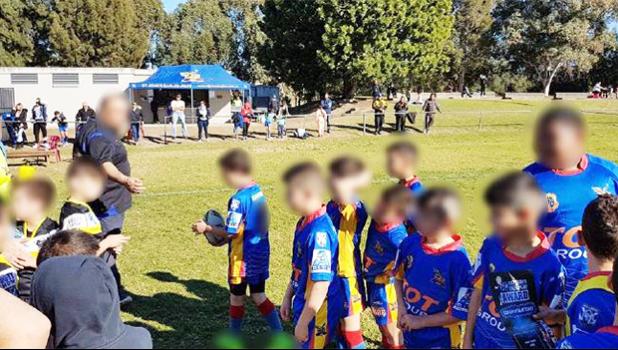 By
Phil Rothfield, The Daily Telegraph
A video featuring a young Samoan in Australia has shocked rugby league officials, reigniting the age vs weight competition debate.

The Samoan boy plays for St Johns Eagles and is more than double the body weight of many of his rivals.

In the video, it shows the young Samoan running through the entire opposition as they try to hang on. (See video below.)

One by one he palms his tiny opponents away to score a long range try.

Yet the chairman of his club Nasser Matta, describes the boy as a “gentle giant.”

“We just follow the rules,” Matta said, “And there are some even bigger kids playing.

“This boy’s a gentle giant. He doesn’t just run through the opposition to hurt other kids.

“He’s aware of his size. He could pick up kids with one hand if he wanted to but he’s just a nice gentle boy. He’s a good kid from a good family who just loves playing footy.

“I don’t want the kid to think he doesn’t deserve to play footy because of his size.”

The footage was posted on Facebook over the weekend by a parent from an opposition team.

For years the NRL have considered changing junior rugby league competitions from age to weight divisions to prevent young participants from being hurt.

It is currently being trialled in Sydney’s west.

A Bulldogs official has confirmed the boy’s age from his passport.

“He’s just grown a lot faster than boys his own age,” the official said.

Research shows junior rugby league numbers have been in a sharp decline for several years.

In Parramatta juniors there are now more youngsters playing the non-contact version of rugby league like touch football and Oz Tag.

When made aware of the footage, Canterbury Bulldogs chief executive Raelene Castle spoke to the junior rugby league to check the boy’s credentials.

“We are certain the boy is under eight,” Castle said.

Read more at The Daily Telegraph