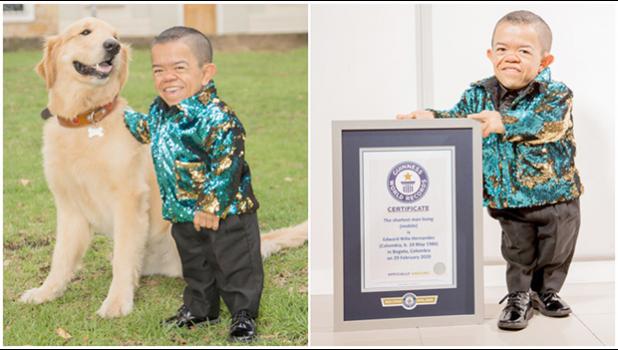 Apia, SAMOA — The World’s shortest man, Edward Nino Hernandez from Bogotá Colombia, joined Tupa’i Bruno Loyale and his team to perform in the Magic Circus of Samoa and to also join their world tour.

He was certified on September 4, 2010, by the Guinness Book of World Records as the shortest man in the world.  At age 24 Hernandez was 2 ft 3 inches tall and weighed 22 lb, by 33 years of age Hernandez grew an inch. He also works as a model and dancer, according to the Guinness World Record.

“Dancing is his passion, and he has a broad musical taste. Among his favorite genres are Reggaeton, Vallenato, Merengue and Electronic.

“By the time Edward was four years old, his family realized that he was not growing like his friends.

“Although his parents sought medical help, it was about 20 years before a diagnosis of severe hypothyroidism finally confirmed why his natural growth had been affected.

“Despite his situation, Edward has always enjoyed life and strives to face adversity with optimism and strength.

Edward enjoys spending time with his family and he spends his free time doing word searches, playing cards and exercising.”