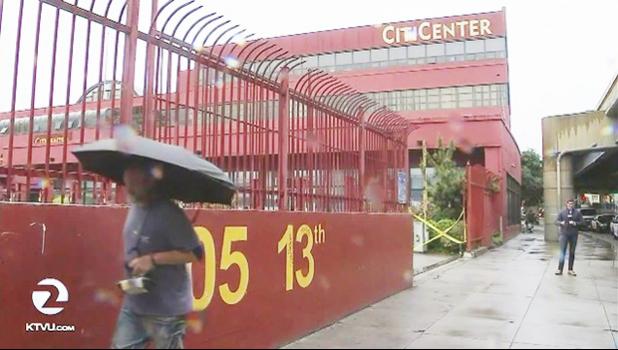 Sgt. Michael Andraychak said the March 25 shooting death of Taiepisi Gutu of San Francisco is now being considered a homicide. His uncle also confirmed the death to KTVU.

Gutu was shot on South Van Ness Avenue and 13th Street, in a large complex of offices known as CitiCenter.

Initially, the suspect fled the scene, but was arrested the next day on I-10 near the Arizona border. He was taken into custody after an officer-involved shooting, but police have yet to identify him. The San Francisco Chronicle reported the suspect is Hakim Oden, 20.

The San Francisco Chronicle reported that Gutu had been charged with beating a Chinese bakery owner earlier this year in a violent strong-arm robbery. Gutu's uncle, who asked not to be named, told KTVU he knew his nephew had a criminal past but was working to turn his life around and was involved in the San Francisco’s Occupational Therapy Training Program. Gutu also was receiving services at the Samoan Community Development Center, a high school support group at Downtown High, his uncle said.