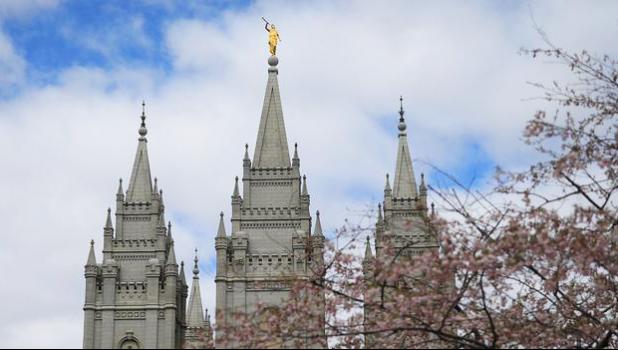 Washington, D.C. — In August, the Church of Jesus Christ of Latter-day Saints issued a statement to its 19 million adherents around the globe: “We want to do all we can to limit the spread of these viruses,” wrote Russell M. Nelson, the church’s president, along with the two most senior apostles. “[W]e urge the use of face masks in public meetings whenever social distancing is not possible. To provide personal protection from such severe infections, we urge individuals to be vaccinated.”

To Lisa Mosman, a 59-year-old Latter-day Saint who drives a Subaru covered in anti-Trump bumper stickers around her neighborhood in Orem, Utah, the statement was a welcome surprise. “It’s actually kind of brave, because it’s going to p--- off a bunch of people that they normally don’t p--- off,” she told me.

In the weeks since, the statement has caused Latter-day Saints on the far right, long accustomed to having their beliefs reflected by church leaders, to face the kind of cognitive dissonance that liberal members have had to contend with for decades. “They’re having to ask themselves who they trust more — the prophet or Tucker Carlson,” Mosman told me, then sighed. “This is new territory for them.”

Her brother Matt Marostica, a Latter-day Saint high priest living in Berkeley, Calif., also welcomed the statement. Throughout his decades as a religious leader, his congregation has served as a home for people who don’t always feel welcome in most Latter-day institutions. (The church requested in 2018 that the terms “Mormon” and “Mormonism” no longer be used to refer to the church or its members, though many adherents continue to do so.)

Marostica, a soft-spoken political scientist who works as an associate university librarian at Stanford University, honed his liberal worldview as a church missionary in Argentina during that country’s “dirty war.” He told me that the Berkeley Latter-day Saint ward, welcomes everyone — openly gay members, atheists, followers of other faiths, undocumented immigrants and even people with very conservative politics — with acceptance and love. “In Berkeley, the lunatics are running the asylum,” he told me, smiling broadly. “That’s a perfect way to describe our congregation.”

Liberal Latter-day Saints are accustomed to finding themselves outmatched in the church as a whole. Yet Marostica holds out hope that his community’s open-tent interpretation of what it means to be a Latter-day Saint might become more common — a trend that could force the institution, thinking of its future, to play catch-up with its own members.

According to Jana Riess, author of the 2019 book “The Next Mormons: How Millennials Are Changing the LDS Church,” fewer Latter-day Saints are following behavioral mandates like the prohibition against alcohol and coffee. Polling conducted by Riess and others has shown that the percentage of Latter-day Saints born after 1997 who do not identify as heterosexual may be 20 percent or higher. In perhaps the most dramatic break with the past, the partisan identification gap among millennial church members is narrow — 41 percent Democratic, 46 percent Republican — and a plurality of members under 40 voted for Biden.

The church as an institution is by no means on the brink of reinventing itself as a progressive force. But it is struggling with how much and whether to accommodate liberals, and the result has been substantial internal division. “I can see multiple futures for Mormonism,” says Patrick Q. Mason, chair of Mormon history and culture at Utah State University and the author of the 2016 book “Out of Obscurity: Mormonism Since 1945.” “I honestly don’t know which way it’s going to go. The one thing I know is that I think the church leadership is going to try and hold the whole thing together — that’s always been the impulse, to prevent schism. That is going to be increasingly difficult, but they’re going to try.”