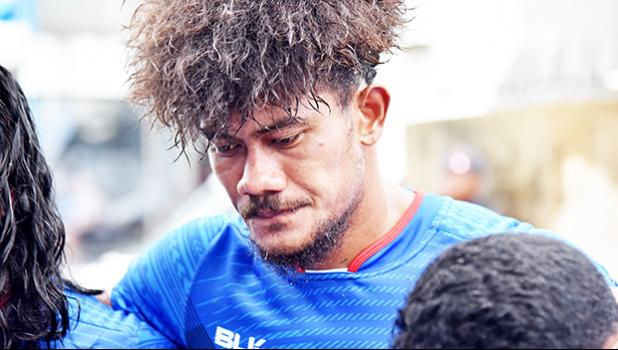 Honolulu, HAWAII — Word from knowledgeable folks in Apia and USA Rugby are indicating that Manu Samoa may still have kept their Olympic Dreams alive. But what team, from where, and can they return home… be their home Samoa or New Zealand?

Greatest input in the past 24 hours is that the World is trying to help Samoa compete for their Olympic dreams.

We have again heard no response from Lakapi Samoa after a second inquiry about Monaco. Don’t know if they are overwhelmed with trying to salvage Manu Samoa’s European Adventure… or they are under instructions not to correspond with media.  We like and trust Lakapi Samoa’s direct leadership and wish them well.

"But from what I heard on local TV last night, when Brian was interviewed, they are now looking at flying to NZ and trying to connect out within 24 hours to France for qualifiers.

“The team should be named within the next week, which means it will all be local players.

“The reasons given were Managed Isolation Quarters in NZ have no availability until August both ways so if they take NZ based players they can’t get back into NZ after qualifiers.

“So the team will still be heading to qualifiers and have been in training since squad was selected in November.”

The TV interview appears to mean that the Manu Samoa team will be born and bred Upolu, Savaii and Manono players.  Knowing local Manu players over the years, Cool Stuff can guarantee you they will be brave overachievers.  The team most believe Manu needs to beat is Ireland, who seem to be up and coming.

"As I understand it, the team is unable to attend due to travel challenges as they come out of the repechage a few days prior to LA, and not related to the political climate. I do know that everyone on up to World Rugby has tried to help facilitate, it just wasn't in the cards travel wise.”

So at this moment Manu Samoa can earn an Olympic spot based on local players, miss the LA pre-Olympic tune-up due to quarantine issues… and maybe merge with Manu Samoa’s NZ team for the final Olympic Manu Samoa Roster.  Mrs Cool Stuff always rules the day by preaching Faith.  She will tell you Manu will shock the World and bust down the doors to achieve greatness in Tokyo this July.

Solutions to these Manu Samoa Quarantine issues… could we donate to Lakapi Samoa for the express purpose of housing and training Manu Samoa outside of New Zealand?  Could we fans pay for hotel, food and local travel for Manu Samoa to compete in the Los Angeles pre-Olympic tourney, then have them stay in Southern California (LA, San Diego, Ventura) until their flight to the Tokyo Olympics?  This might help overcome the quarantine protocols, and give Manu Samoa their best shot at unity, excellence, and GOLD!

Could one of you two Samoa Prime Ministers assert your authority and take care of our boys?  What?  You have better things to do like save Samoa’s Democracy?  Oh, sorry.  Ok then… fa’amolemole, please help when you sort things out and have time.