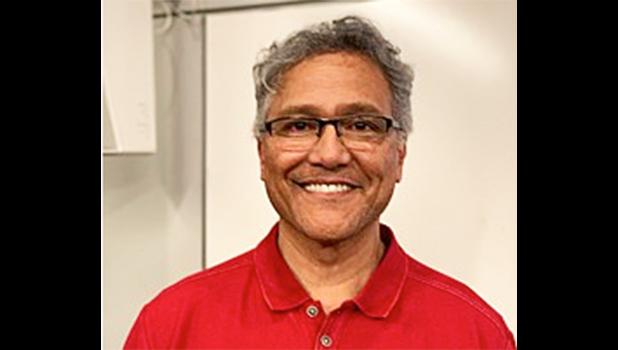 ESPN— Growing up in Washington, Jack Thompson likely never could have imagined this moment. Known as the "Throwin' Samoan," Thompson was an NFL rarity. When he'd gone to college at Washington State, teammates asked him what position he played.

Quarterback, he told them.

Then Thompson played his way to being the No. 3 overall pick in the 1979 NFL draft and appeared in 51 games for Cincinnati and Tampa Bay. At the time, Polynesian quarterbacks were rare. Back then, what could happen Saturday (8:15 p.m. ET, NFL Network) -- Miami Dolphins quarterback Tua Tagovailoa and Las Vegas Raiders quarterback Marcus Mariota facing off against one another -- would have been almost unthinkable.

While their matchup would be the first in NFL history between two Hawaiian-born starting quarterbacks, it accentuates what an entire community believes could be just the beginning.

"We're right on the verge of influencing kids from our community to believe that we can play the quarterback position," said Jesse Sapolu, the two-time Pro Bowl offensive lineman for the San Francisco 49ers who is now the executive director of the Polynesian Football Hall of Fame. "... When we had a guy that we called the 'Throwin' Samoan,' and he was the third pick in the draft, he was before me.

"But that was kind of unheard of, that was an anomaly, too. But it's no longer that, you know, at this stage."

Starting with the first Polynesian NFL player, offensive lineman Al Lolotai in 1945, Polynesian players were mainly considered linemen or linebackers, due in part to the style they played in American Samoa. According to Pro Football Reference, 45 of the 57 NFL players born in Tonga, American Samoa or Western Samoa were linemen or linebackers. In today's NFL, there are more than 60 players with Polynesian roots, a lineage tracing back to Junior Seau, Haloti Ngata and Troy Polamalu, to Lolotai, Sapolu, Reno Mahe and Vai Sikahema.

A large part of that growth has happened in Hawai'i, where Tagovailoa and Mariota are from, and on the West Coast of the United States, where many players of Polynesian descent live. The pair also will underscore the latest evolution of the Polynesian NFL player -- one accelerated by the proliferation of passing offenses in Hawai'i, due in part to former University of Hawai'i football coach June Jones.

Jones, who still lives in Hawai'i, has seen the evolution from linemen to positions all over the field. To him, it goes back to how players are taught early in their careers.

"You're starting to see those kids now throwing the football because their high schools are starting to throw it more," Jones said. "It used to be offensive and defensive linemen and linebackers and running backs were the position.

"Now you're seeing receivers and Polynesian quarterbacks because the offenses have changed so much."

Tagovailoa and Mariota are proud of their Samoan culture and Hawai'i roots. Tagovailoa's parents, Galu and Diane, are Samoan, as is Mariota's father, Toa. Mariota, when he started with the Tennessee Titans, came out every home game to a song called "Polynesian People," and Tagovailoa regularly wears an Aloha shirt and an ie faitaga, or lavalava (a rectangular cloth wrap that looks similar to a long skirt), on game days.

"It's something pretty cool to look around and see that our people, Samoan people, are not always going to be on the opposite side of the ball or in the trenches, on the D-line, on the defense or on the O-line," Tagovailoa said. "It's pretty cool to see that guys from our culture can also play skill positions and quarterback. I think that speaks volumes to how they were raised as well and their upbringing, too."

Thompson, who now lives and works in Seattle, knows how important that moment could be for Samoan people. Tagovailoa and Mariota representing them is helping eliminate a stigma many other Polynesian players have seen during their careers.

They know it might help change how the next generation of players is viewed and also explain their culture.

When a Polynesian player makes it, the feeling of familial success expands from immediate family, where the player might have grown up in the United States, to the ancestral Samoan or Tongan village their family is from.