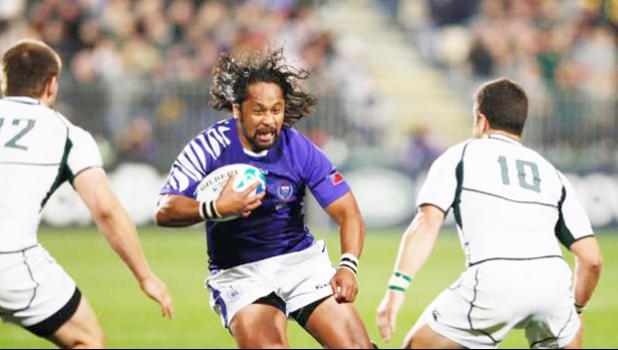 The former Manu Samoa teammates have both signed two year deals after their appointments were endorsed and ratified by the Samoa Rugby Union Board on Tuesday.

Former Highlanders and London Irish midfielder Mapusua, 40, was born in Moto'otua and played 33 tests for Samoa and the Pacific Islanders between 2004 and 2013, including the Manu's famous win over Australia in 2011.

The Pacific Rugby Players board member was recommended by a five-person selection panel to replace Steve Jackson, whose contract expired at the end of last year.

"I am very honored and humbled to be a member of the Manu Samoa again," he said.

"I am excited to return home and get to work in growing and developing Manu Samoa rugby starting from the grassroots".

SRU Chief Executive Faleomavaega Vincent Fepuleai said they are delighted with the appointment of Mapusua and look forward to working closely with him and his new management team to help improve the results of Manu Samoa, who are languishing at 15th in the world rankings.

"SRU will now begin work with Mapusua on building a solid team of technical and management staff around him as they prepare for the 2021 season namely the Rugby World Cup 2023 qualifying matches for the Manu Samoa against our rivals Tonga in July/August 2021".

The most capped player in Manu Samoa history (65), Muliagatele was inducted into the World Rugby Hall of Fame in 2011.

The former Samoa A head coach, 48, was most recently in charge of the Manumā Samoa team in Rapid Rugby, and was an assistant coach under Damian McGrath in 2016 when Samoa last won a tournament on the World Sevens Series.

"I feel truly privileged and honored to be given this opportunity to lead our national sevens program," he said.

"I cannot wait to come on board and work closely with CEO and GM Rugby in making sure we can revive our 7s program."

Faleomavaega said Muliagatele was recommended by an independently chaired selection panel and beat out applicants from all around the world.

"We will now begin work with Muliagatele on building a solid team of technical and management staff around him as they prepare for the World Sevens Series and also the Olympics Qualifier in 2021 with the aim to debut at the Tokyo Olympics 2021."

Muliagatele will announce an extended national squad at the conclusion of the National Sevens Series.