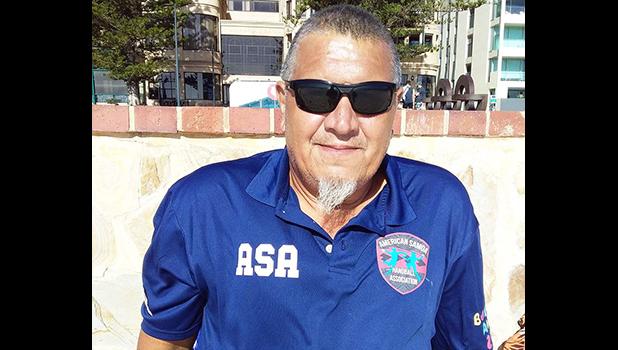 Pago Pago, AMERICAN SAMOA — The 2020 Oceania U16 Women’s and Men’s Beach Handball Championships, scheduled for June 6th, have been postponed due to the COVID-19 pandemic. This is the second postponement of the tournament, which was originally scheduled to take place in March in the Cook Islands

The tournament is the first phase of qualification for the 2022 Youth Olympic Games being held in Senegal on the continent of Africa for which the two top teams from Oceania will be invited to compete at the 2021 IHF U17 World Beach Handball Championships in Portugal. Under International Handball Federation rules, which ever Oceania continental national federation team places higher will earn a Youth Olympic berth.

“The same format was used in 2017 when American Samoa won the gold medal against Australia. The world championships were held in Mauritius where we were able to beat Australia twice qualifying us for the 2018 Buenos Aires Youth Olympics.” said American Samoa Handball Association President and Coach Carl J Sagapolutele Floor Sr. He added, “It’s been a tough year for us.  First we had to deal with the measles, which interrupted our training and recruiting and now this. I guess this buys us more time to recruit and study the game.”

According to Coach Floor, ASHA will be looking for 8 boys and 4 more girls, born between 2004 and 2006 who wish to have an opportunity to compete and represent American Samoa on the international stage.

Naomi is one of the most experienced players on island having been with the team since 2017 earning a U17 Oceania Gold, and two Oceania silver medals in the Sr. Women’s division. She holds a level 1 certification as a Beach Handball referee and level 1 in Indoor Handball Coach and was also awarded 2018 American Samoa’s Top Junior Female Player of the year.

“Naomi is also still a Sr. level National Team Player and she is learning even more by teaching the game to the younger girls. She co-captained the Youth Olympic Team and has proven herself to be a very good leader,” said Floor.

The Code Blue ban on mass gatherings has restricted training and ASHA’s Handball for Fun Program, which normally runs every Wednesday at The Sports Complex.

The 2020 IHF Oceania Youth and Junior Men’s Indoor Handball scheduled for October, also taking place at Cook Islands has not been postponed.   ASHA will be recruiting 14 U16 Boys and 14 U21 Boys who wish to compete in Indoor Handball.

Indoor Handball is played on a hardwood floor roughly the size of half a football field and unlike Beach Handball, is considered a contact sport.