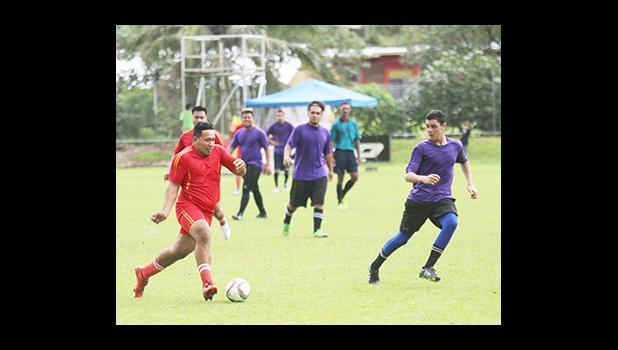 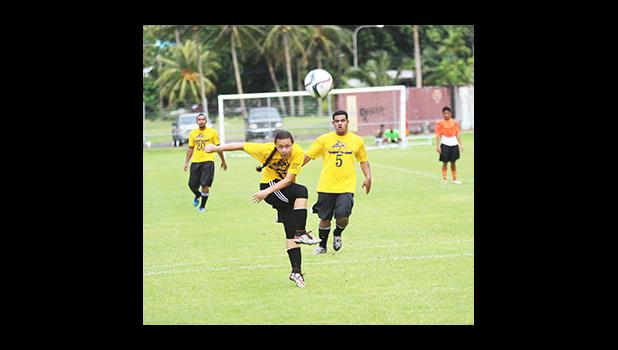 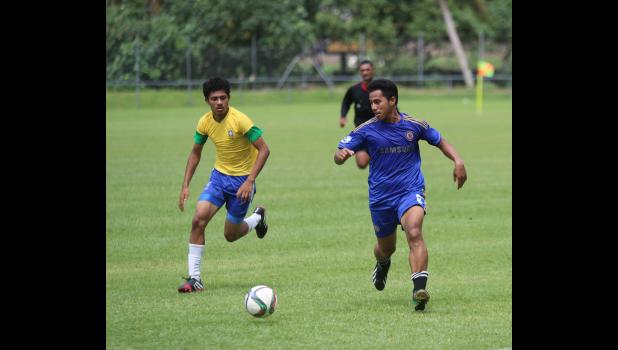 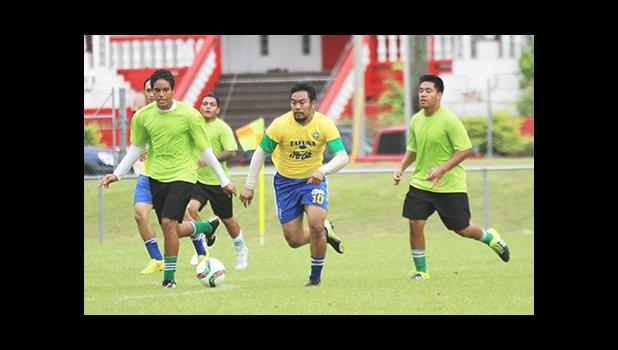 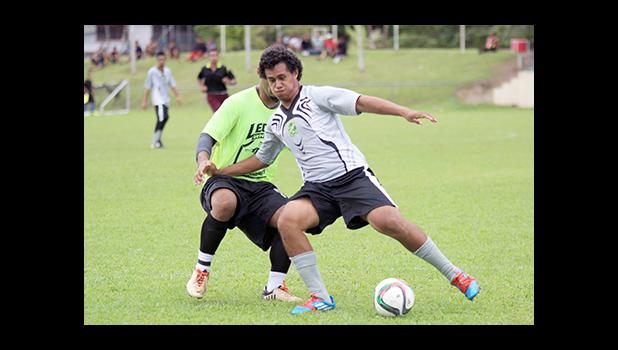 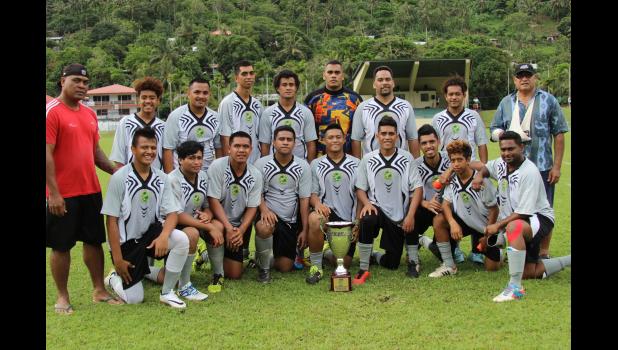 Pago Youth increased their hold on the No. 1 spot in the standings with a 10-0 win over Royal Puma during Match Day 5 of the men’s 2016 FFAS National League on Saturday, Sept. 17 at Pago Park Soccer Stadium.

One of the three teams going into the weekend with a share of the top spot in terms of points fell off, with the Tafuna Jets losing 1-0 to Lion Heart, while Utulei Youth squeaked by Ilaoa & To’omata 1-0 as well. In other games it was Vaiala Tongan 2, Green Bay 1 and Black Roses 4, PanSa 1.

National League games will take a break this week due to a Just Play Program workshop but will resume on Oct. 1, 2016.

Going into the weekend, Pago Youth was only three goals ahead of Utulei Youth in the tiebreaker for the No. 1 spot. Pago, Utulei and the Tafuna Jets were tied with 10 points each after the first four games, but appeared in the above mentioned order based on their goals difference (13-10-4).

Last Saturday, Pago Youth took advantage of a 9-man, Royal Puma squad with four goals in the first half and six in the last. Royal Puma reached 11 players late in the second half but even with a full squad they could not stop the onslaught.

They are still tied points-wise with Utulei Youth but are now enjoying a huge cushion in terms of a difference in goals, 23-11.

Rajendra Singh came through with the game winner after slotting in a low cross from Elama Fa’atonu during the 70th minute of the game.

The goal was a huge relief for Utulei Youth after missing many chances during the match against Ilaoa & To’omata, and what had seemed to be a game heading towards a scoreless tie.

Utulei Youth has now retained the men’s FFAS National Cup for the fifth straight week of the competition.

Harvey Manu scored on a low cross from Mata Satini in the first half for Lion Heart, and then they went to work defending their lone goal for the win.

The loss has dropped the Tafuna Jets from a first place tie with Pago Youth and Utulei Youth for the No. 1 spot in terms of points.

Vaiala Tongan held on to win 2-1 thanks to a game-winning own-goal by Green Bay.

It was a rebound week for Vaiala Tongan after losing the week before, while Green Bay are on a four-game losing streak.

Black Roses earned their second straight win of the National League with a 4-1 defeat of PanSa, despite conceding the game’s opening goal.

It did not take them long to equalize and then run away from PanSa thanks to two goals each from Patrick Ah Fook and Falanisisi Tomasi.