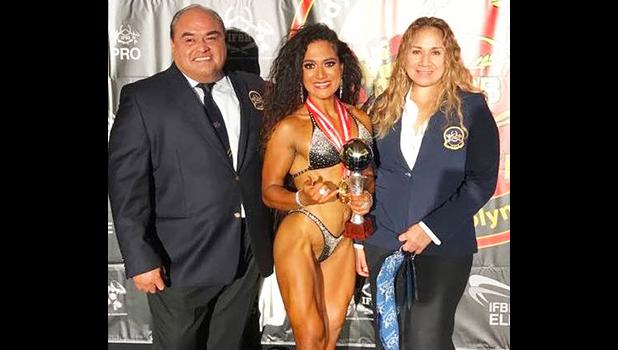 The competition was tough — from Australia, Tonga, Samoa, and Tahiti’s finest — but Reid did her thing and emerged a winner. This year’s SPOBB was hosted in Tahiti Oct. 5-6th.

Reid (center) is a US Marine who was born in American Samoa and hails from Leone.

Aunoa represented the territory at the SPOBB championships in Rarotonga last year where he placed second overall. He also won first overall in the Men’s Physique category during the Mr. American Samoa competition this year.

Reid III and McMoore will be attending the IFBB World Congress and officiating as judges during the world event.

Sauia is a member of the International Federation of Bodybuilding (IFBB) and has been taking locals all over the world to places like China, Australia, and Samoa to compete. Reid III and McMoore started Sauia Bodybuilding in 2015.