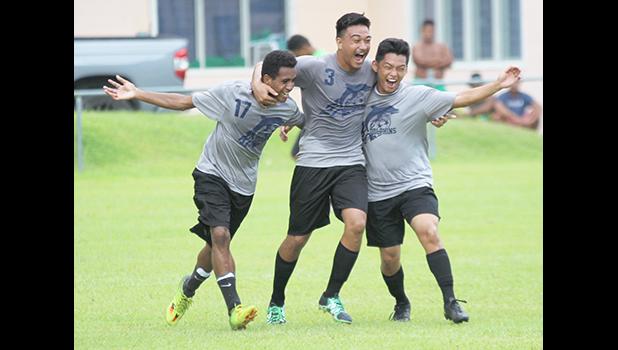 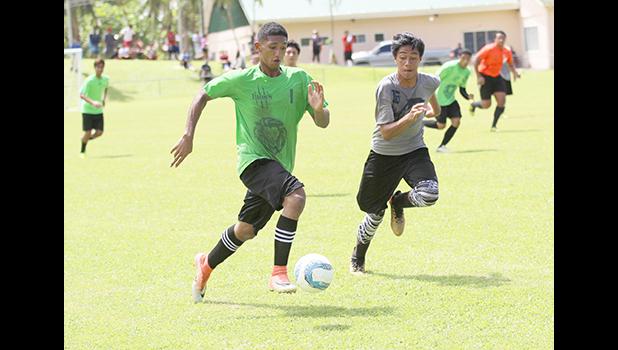 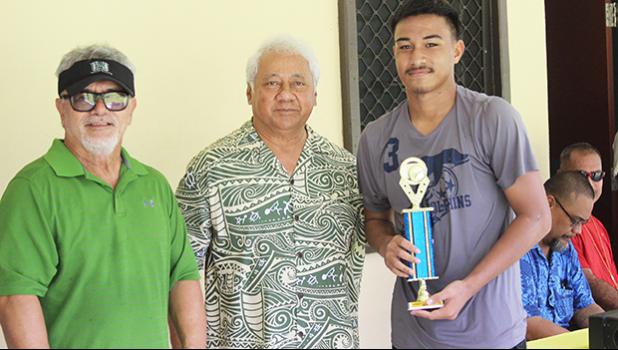 Pago Pago, AMERICAN SAMOA — SPA went all out in a thrilling 3-0 win over the Leone Lions to clinch the ASHSAA Boys varsity soccer title in dramatic fashion during the final game of the season on April 12, 2019.

Walter Pati for SPA, the varsity division’s MVP, was on fire as he scored the first goal two minutes into the game, and then proceeded to complete his hat trick to give the Dolphins a double championship title in both the girls and boys varsity divisions.

Coming into the game, the Lions needed a draw, win, or even a 1-0 loss to clinch the championship trophy being that they were ahead 17-14 in points.  Not only that, they led in the first tiebreaker (differences in goals scored and against 10-8), while both teams were tied in the second deciding factor, goals scored with 21 each.

On Wednesday, April 10, the Lions and Dolphins played against Samoana and Tafuna, respectively, with SPA leading the standings at the time with 13 pionts to Leone’s 11.  Leone dispatched Samoana 4-1, while the Dolphins squandered a 2-0 lead to draw 2-2 against the Warriors.

Both teams were now tied in the standings with 14 points apiece, and SPA had one more game on Friday against the Lions, while the latter had to play again on Thursday, April 11 against the Vikings.

Leone beat a 10-man, Faga’itua Vikings squad 4-1, and despite having superior numbers, the Lions struggled to score.  Their win gave them a 17-14 point lead in the standings over SPA, and a two-goal lead in the first tiebreaker.

On Friday, the Lions were off, and struggled to score against SPA.  They struggled in their two previous games on Wednesday and Thursday, but eventually they would break through in the end and won their games. Perhaps it was fatigue after playing three straight days, but then again, the day just seemed to go SPA’s way as they played great and were fresher with a day of rest inbetween their last two games of the season.

Two minutes into the game, Pati headed in his first of three goals off of a corner kick.  Eight minutes later, Pati slotted in a shot from an impossible angle that snuck past the goalie’s gloved hands for the 2-0 lead.  This was now enough for SPA to win the title if the game had ended with this scoreline, as they had now tied the first deciding factor (goals differential, 10-10), and secured the second tiebreaker (goals scored, 23-21).

But Pati would put finishing, exclamation point on the game with his hat trick goal, receiving the ball with his chest while wide open inside the penalty area, and then striking it in to complete the game’s final tally.

FFAS President, Sen. Faiivae Iuli Alex Godinet handed out all the awards, including monetary prizes for all placements in the JV division (four) and all five positions for the varsity.

“It is too bad only one team can win in all sports and competitions,” Faiivae explained.  “When two teams meet they will have differences on the field, and that can lead to a good thing.  It can lead to you players from one team continuing a good relationship with players from the other team after the game, and we encourage you all here today that played, to continue that after today, tomorrow and into the future.”

He said that FFAS looks forward to the high school leagues every year because it helps to feed the association’s youth international teams.

“This year we have so many cmopetitions being hosted off island,” he pointed out.  “Our staff have been watching the games and selecting players from each school to be a part of our national teams.”

He left them with one final message he felt was important for all student athletes.

“There are three very important things you need to have as a student athlete going forward with a career in sports,” Faiivae said.  “You have to be physically prepared, mentally strong and also do well academically.  You have to bring up your academics as well as your physical and mental parts in sports, because you are going to need it to perform well.”

The Dolphins head coach, Ah Sam Lei Sam, was named Coach of the Year while Pati received an MVP trophy for the season.

The final standings for the varsity division are: