Steeped in scholarship, athletics and faith — young man with Am Samoa roots excels 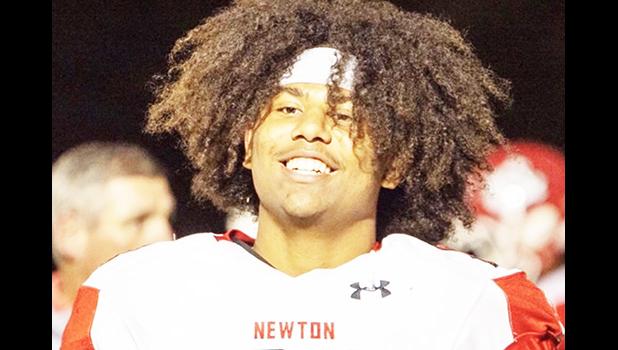 Pago Pago, AMERICAN SAMOA — Allan Shade Jr, a young man with American Samoa roots is a senior at Newton-Conover HS in North Carolina where he was a stand out back/linebacker  for the Newton-Conover Red Devils and was named 2020-21 South Fork 2A Offensive Player of the Year.

His mother Sonya Leiataua-Moafanua, is a daughter of Amerian Samoa and a 1999 Tafuna High School graduate and his dad Allan Shade Sr. was originally from Statesville, North Carolina, before joining the military.

He said that his dad started him in soccer and basketball when he was in elementary school, then he wanted to try his hand at football in 3rd grade.

In terms of his success in football at Newton-Conover this season, Shade credits God first and foremost.

“I (also) credit both my parents, my dad a bit more because he started me at a very young age,” he said. “Our family favors the (Pittsburgh) Steelers. He had me watch football games with him on Sundays.”

Shade is of Samoan, Hawaiian and African American descent. He said that his mother’s side of the family is Polynesian. He said that she has a big family, and an important thing to understand is that Samoans and Hawaiians embrace their faith in God.

“Faith is always first, then family,” he said. “They have daily evening prayers as a family. (It’s) something I look forward to whenever we’re together. Worship as family, then there’s a big feast. My faith is very important to me. My mother taught me that growing up. I learned to recite the Lord’s Prayer at 3-years-old.

“We recited it every night before bed. Oftentimes (I) get a smack if I forget a line. I’m reminded to pray every night and ask for God’s will (to) be done in my life.”

As far as how this carries over to football, Shade said he whispered a prayer before and after every game:

“My father coached me pretty much my whole life. My mom didn’t really want me in sports; she wanted me to focus more on academics and get academic scholarships to college and follow (in) her footsteps. So, instead I try to excel in academics first and then athletics because that’s the reason why student is in front of the word ‘student-athlete.’”