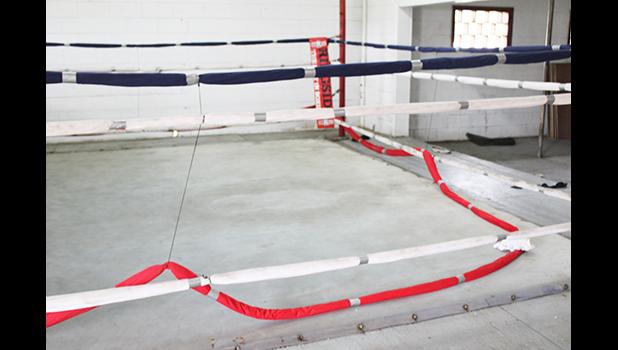 Pago Pago, AMERICAN SAMOA — The American Samoa Boxing Federation (ASBF) sustained a huge blow to their preparations for the upcoming Oceania Boxing Championship in Apia early next year when unknown persons burglarized and vandalized their boxing facility at the Veterans Memorial Stadium in Tafuna last week.

A new shipment of boxing gear was stolen and the team’s preparation for the big championship next year is affected, according to the team’s head coach, Sala Sanele Etuale.

Samoa News understands the matter is now under investigation and police are looking for suspects involved in the crime.

In an interview with Samoa News early Monday morning, Sala explained that everything was okay after their training session on Thursday, Nov. 10.

“We locked the boxing facility and all equipment was locked inside the facility. However, I was shocked when I visited the facility this morning (Monday morning) and discovered that all our boxing gear is gone and one of the ring ropes was cut and laying on the floor,” Sala explained.

Last month, according to Sala, a new shipment of boxing gear from Hawaii arrived, just in time to prepare the team for the Apia tournament.

The burglars gained entry through the back window in order to make their way inside the boxing facility.

ASBF is asking members of the public who have any information regarding the incident to please contact police.

The boxing team is also seeking financial assistance from members of the public to replace the training equipment.