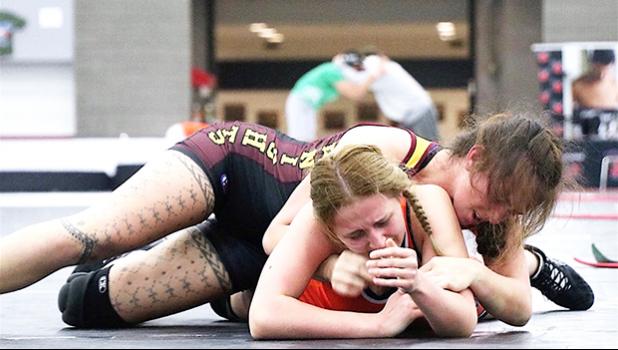 Pago Pago, AMERICAN SAMOA — Twins sisters from American Samoa, who are 2018 graduates of Leone High School have been named by the National Wrestling Coaches Association (NWCA) to the 2019 NWCA NCAA Individual Scholar All-Americans, according to information released Wednesday by the Pennsylvania-based NWCA.

Stephanie Floor, the 2018 Leone High Valedictorian, and sister Danielle Floor — of Ili’ili village — are on a wrestling scholarship at Gannon University in Erie, Pennsylvania where the women’s wrestling program placed third in the nation behind Adrien College and All-American Scholar Team Champion Colorado Mesa in academic achievement.

The twins are both freshman, and the Gannon University Wrestling Academic Leaderboard roster — received yesterday by Samoa News - shows Stephanie with a 3.93 GPA and second best on the women’s wrestling team, while Danielle has a 3.72 GPA and 4th place.

Besides the twin sisters, two other female wrestlers from Gannon University are also honored this year for the individual category.

Both sisters are majoring in education with Stephanie minoring in sports therapy and Danielle minoring in business, according to the twin’s father, Carl Floor Sr., who is thrilled with the latest accomplishment of his daughters, who have been members of the American Samoa Handball Team for the past years and completed in regional and international tournaments including the 2018 Summer Youth Olympic Games in Buenos Aires, Argentina.

Floor Sr., is also president of the American Samoa Handball Association as well as coach.

Before relocating from New York to American Samoa in November 2011 — finishing their elementary education at Lupelele, followed by Leone High — the sisters had been wrestling since 2005 as members of Tri-State Wrestling in Port Jervis New York, home of 1984 USA Olympic Champions Ed and Lou Branch.  Their brother Sean Floor is a three time All American and a graduate of Gannon University while brother Carl Floor Jr. is a 2008 USA National Cadet Champion.

“It’s great to back to wrestling after not being welcome in the wrestling program back in American Samoa. Although my dad did the best that he could my focus changed to handball over the last 4 years so I have some catching up to do,” Stephanie said.  “I basically train everyday now.”

For Danielle, she said ”Handball is my number-one sport now but we Floors are wrestlers, it’s in our blood”.

Although the sisters are attending college on the US mainland, they remain committed to their home of American Samoa by, among other things, continued to be athletes of the American Samoa Handball Team competition in regional and international levels. For example, the sisters were members of the handball team, which clinched the silver medal at the 2019 Australian Open Club Championships.

Besides wrestling the Floor twin sisters are also training with members of the Gannon University Handball Club, as Stephanie and Danielle prepare for the 2019 IHF Oceania Championships in August hosted by New Caledonia. The winner will advance to the Intercontinental phase in Romania in 2020 and also qualifies for the IHF U20 Women’s World Championships also being held in 2020.

“I’ve been watching their training via Facebook and I can see muscles developing along with better wrestling technique. Danielle has been doing water training at the university pool which will surely help her conditioning for handball and Stephanie’s strength will be a big asset in this version of handball which includes full contact,” Carl Floor Sr., said yesterday.

I’m very proud of my girls.  They study hard and at the same time train and hold jobs.  This is no easy task,” he said, adding that he will be flying the twins to New Caledonia a few days early “to get accustomed to the time differential. I look forward to seeing them.”