Stephanie Floor back in the ring after injury 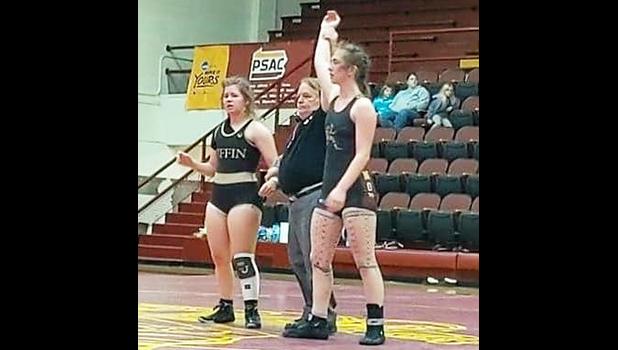 GANNON UNIVERSITY — Last Friday, Stephanie won her first match of the year with a 10-2 victory over Miffin University's Daisey Shardy at 143lbs, according Stephanie’s father, Carl Floor Sr. Stephanie has earned a starting position on the Gannon University women's wrestling team and is back in the ring after 3 months of rehabilitation for an injured ankle she sustained just after the 2019 Oceania Championships in August, at wrestling practice.

According to Gannon University, the wrestling team will be traveling to Louisville, Kentucky on January 10th to compete in the NWCA — National College Wrestling Association — National Duels.

In March this year, Stephanie was named Most Improved Wrestler and along with her twin sister Danielle, have been recognized as NCAA All-American Scholar Athletes. Both girls attend Gannon University on wrestling scholarships.