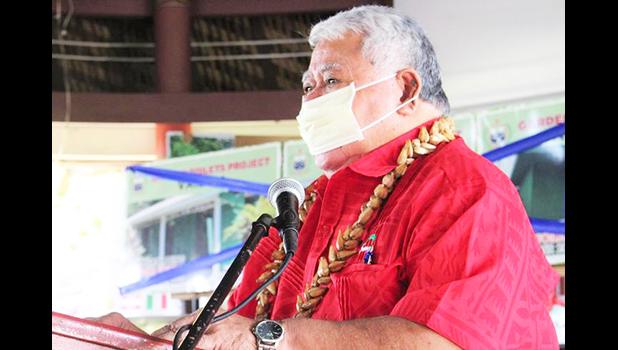 Apia, SAMOA — In his first post-election interview with Radio 2AP this week Prime Minister Tuila’epa Dr. Sa’ilele Malielegaoi revealed the possibilities to determine the next government to lead the country for the next five years.

Mindful of the pending petition before the Courts challenging the appointment of a 6th Lady Member of Parliament, Tuila’epa says that should the stand-off continue the first possibility to decide the next government will be election petitions filed with the Court.

And if by May 23rd forming a new government is still in limbo, the next possibility will be to call a Second General Election.

As for the numbers, he says that only when the new parliament is sworn in, will the switch by FAST Leader Fiame Naomi Mataafa and Independent MP Tuala Ponifasio Tevaga become official.

“I have been publicly calling out Fiame to declare her allegiance to FAST in parliament and outside the chamber before the official registration period closed,” he recalled. “She didn’t do so.”

Tuala who ran as an Independent Candidate in the General Elections on the other hand, announced his decision publicly last week to join the FAST Political Party.

And as it stands based on the current official results, Tuila’epa maintains that H.R.P.P. has 26, FAST Party 24 with Fiame and Tuala as the two independents.

Both Fiame and Tuala yesterday at a Press Conference questioned the legality of the announcement by the Electoral Commissioner to list them as Independent MPs in the official results.