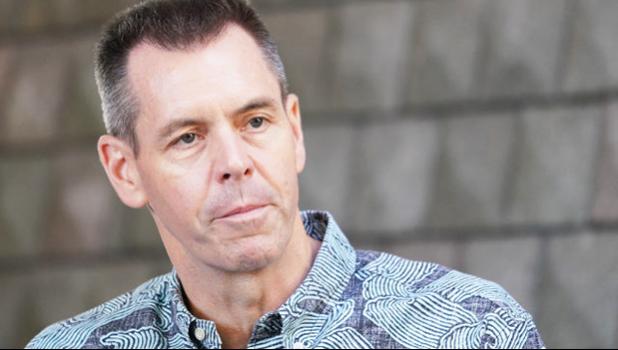 Pago Pago, AMERICAN SAMOA — Hawaiian Airlines is suspending “effective immediately” for 30-days all flights between Honolulu and American Samoa following a request from Gov. Lolo Matalasi Moliga, while ASG has identified options for an air-service link to Hawaii in case of medical emergency or transport of suspected coronavirus case bound for the US.

Lolo’s request in a Mar. 27th letter to Hawaiian president and chief executive officer, Peter R. Ingram came at a time when Hawaii’s confirmed COVID-19 cases on that date were over 100, while the total US count up-ticked to more than 110,000 case, as some US states restricted entry into its borders from cities with a high rate of virus cases and deaths.

American Samoa’s first suspected COVID-19 sample sent off island for testing came back negative last week from the US Centers for Diseases Control and Preventions (CDC) while two more samples were sent on last Thursday night’s Hawaiian flight to Honolulu, according to ASG officials.

Except for American Samoa and the Northern Mariana Islands, all states, Washington D.C. and the other three US territories — including Guam — have confirmed COVID-19 cases, according to CDC online data as of last Friday afternoon.

In his letter, Lolo requested Ingram for suspension of flights between Honolulu and Pago Pago “for 30-days or more, predicated on the COVID-19 for the United States but particularly, Hawaii and American Samoa.”

Responding last Friday afternoon to Samoa News inquiries, Hawaiian vice president of corporate communications Ann Botticelli said they were just sending out, at that time, the airline’s reply from Ingram informing the governor, “we will suspend service to Pago Pago... for at least 30 days effective immediately.”

“Our best wishes to the residents of American Samoa,” Botticelli said from Honolulu.

Last week, the Honolulu-based carrier reduced service to one weekly flight between Honolulu and Pago Pago operating on Thursdays as the airline reduced its long-haul flights due to the impact of the coronavirus, and as Hawaii imposed new restrictions of 14-day quarantines for all arrivals into the state.

“Thank God that we have not had a confirmed case, however, this euphoria might be premature as without testing, we don’t know if any asymptomatic carrier is silently spreading the disease,” Lolo wrote to Ingram, adding that American Samoa currently doesn’t have the ability to test for the virus as the CDC “would not distribute testing kits to us.”

He explained that American Samoa is “frantically trying to construct quarantine facilities and our public health system is at the edge of collapsing” with the territory’s total healthcare delivery system “already operating beyond capacity.”

And “any spread [of the virus] will undoubtedly cause it to buckle, triggering an even greater crisis than the one we are facing now,” he said, and notes that Hawaiian’s flight last Thursday night “caused an overflow at the makeshift quarantine centers.”

ASG officials said over the weekend that about 40 passengers from that flight were subjected to 14-day quarantine at the newly renovated Veterans Memorial Center at the Tafuna Industrial Park, as a designated quarantine facility and at least one was sent to the Leone Health Center, which is now — again — full to its capacity of 10 units.

In his letter, Lolo notes that Hawaiian is the only means for American Samoa to get its critically ill patients to Hawaii — the closest US state with hospitals. Additionally, specimens for testing from the territory are transported on Hawaiian to Hawaii and other US labs. And the territory’s emergency supplies are brought in by Hawaiian at times.

He also noted efforts to prevent the spread of the virus to the territory, such as implementing new travel requirements for all inbound travelers, requiring Health Department screening upon arriving in Pago Pago. Another new requirement, effective last Friday, is the travelers need to obtain a health clearance testing negative for the COVID-19 before boarding the Hawaiian flight in Honolulu.

“Not withstanding, I took an oath to protect our people to the best of my God given ability,” he said and requested suspension of flights.

There have been calls from many in the community, including some lawmakers and traditional leaders to close the Hawaii air route, as that state’s confirmed cases continued to rise. At last week’s cabinet meeting, Eastern District Governor Alo Dr. Paul Stevenson echoed that same call saying, “We are venerable [and] right now, we are lucky” with no confirmed cases.

“We have to start thinking to the point, when do we stop this,” he said referring to inbound flights from Hawaii. “Don’t get us to the next level, because all we’re going to do is dug graves [sic]. We had time to prepare for it, but we allow it to come in.”

Hawaiian online (www.hawaiianairlines.com) has details and information including waivers and online ticket change.

With the suspension of Hawaiian Airlines flights — the only passenger air link between American Samoa and the US — Samoa News posed several questions to ASG’s COVID-19 Task Force chairman, Iulogologo Joseph Pereira. For example, what are the air service options available to American Samoa to transport critically ill patents and suspected COVID-19 samples to Hawaii and/or the US mainland.

“The Governor's primary concern now is to reduce the risk to our people by continuing to allow travelers to come home including our residents,” said Iulogologo last Friday afternoon. “At this juncture we have no idea whether the COVID-19 is present in the territory brought in by our people who came down for cultural activities and returning residents as well particularly from infected states.”

“Finding alternative transportation options is secondary however, there are possible options to pursue,” he said, and noted that for critical ill patients, they can be medivaced, and that American Samoa can request the US Federal Emergency Management Agency (FEMA) for assistance in getting a military plane and also reach out to the US Interior Department for help.

Regarding sending suspected virus samples to Hawaii or the mainland for testing, he said ASG “can negotiate” with the weekly cargo flight to carry the specimens to Hawaii.

Asked if the weekly air cargo service between Honolulu and Pago Pago is still allowed to land in the territory, he said, “Yes. We don't want to interrupt our supply chain to maintain the level of food security.”

According to the US Postal Service, it will also utilize the cargo flight to carry mail to and from Pago Pago due to the suspension of Hawaiian flights.