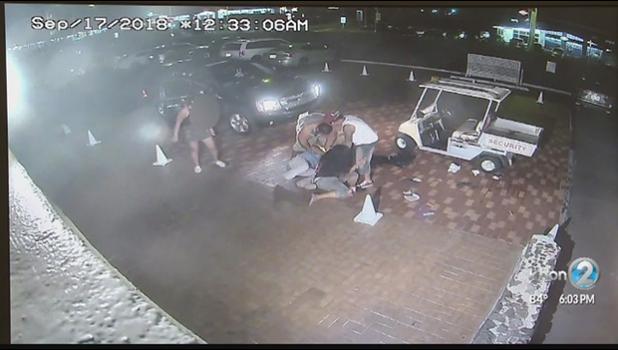 KONA (KHON2) - The family of the hotel security guard in Kona who was beaten unconscious tells us life will never be the same.

We learned the 63-year-old victim has been transferred to an out-of-state facility that specializes in spinal cord and traumatic brain injuries.

The attack happened in September and three suspects await trial.

Jen Farrell, daughter of victim John Kanui, tells us she recently visited him at the hospital. She says the cruel and selfish attack has been difficult to comprehend.

On Sept. 17, police say Kanui was brutally attacked while working as a hotel security guard. The beating was caught on camera by the hotel's surveillance system.

Farrell tells us she was unable to watch the entire footage because it shook her to her core.

"I just don't understand what would possess anyone to be so cruel and have no regards to another person's life. I don't understand that," said Farrell. "It frustrates me, it angers me, and it saddens me all at the same time."

She says that day changed her father's life forever.

"It's still an uphill battle and it sucks. It's awful. My heart hurts every time I see him, because I see how far he has to go and how much he has lost," she said. "The last time I left him, which was just a week, I left him in tears because it just upset me to see him like that."