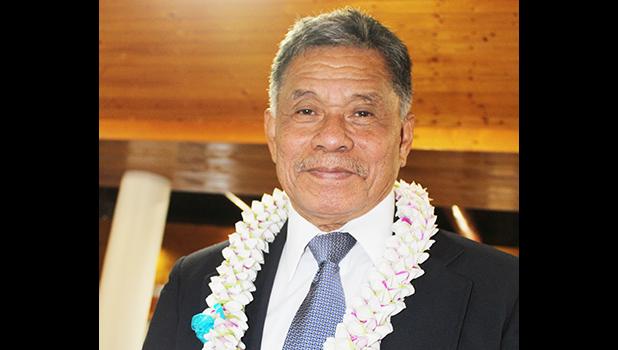 Pago Pago, AMERICAN SAMOA — During a tsunami warning you should move to higher ground or inland before it’s too late, “once you feel the ground moving get your family and move to a safe place.” This was the response from the Director of the Department of Homeland Security Samana Semo Ve've'a when questioned during a House hearing last week regarding the latest tsunami warning for American Samoa.

Samana was among four government officials who appeared before a hearing by the House Public Safety Committee last week to discuss several issues pertaining the services that each department offer. One of the issues discussed during the hearing was how to implement other option when it comes to tsunami.

Ituau Faipule, Rep. Manumaua Wayne Wilson noted that American Samoa was under a tsunami warning last week around 3:a.m. While the sirens (which is the first option for tsunami warning) are not working, Manumaua asked whether Homeland Security had implemented the second option, utilizing all villages Mayors to alert residents about the tsunami.

Samana said the second option didn't work and he doesn’t want this problem to repeat itself again.

He explained that it was around 2a.m when the Department of Homeland Security issued a special bulletin with the emergency notice. The NOAA U.S. Geological Survey confirmed an earthquake with 7.9 magnitude occurred east-southeast of the Loyalty Islands.

He contacted our leaders and at the same time quickly put plans into action and issued a Tsunami Watch for American Samoa. The bulletin stated that the Watch could be elevated to an Advisory or a Warning. He stated that it was predicted that if a tsunami wave was generated by the seismic activity, it would arrive to American Samoa around 5:40 a.m.

As Homeland Security began the process of spreading the news to officials, the media and the public, Samana said good news arrived less than an hour later from NOAA-USGS. No significant wave was generated by the earthquake and the Tsunami Watch was cancelled.

Samana said he’s concerned for the safety of our people when it comes to a local earthquake occurring while the island sleeping. He said whether the sirens are on or not, that’s not enough time to prepare everyone for a locally generaated tsunami.

He recalled the 2009 earthquake, which was followed by a tsunami within 12 minutes killing lives and destroyed property.

“I don’t want this problem to happen again to our people and that’s why we’re putting together an outreach program for the whole island to inform every family and every one on what to do when you hear of an earthquake,” Samana said.

He said that once you feel the ground moving get your family and move to a safe place.

He said that there is a need to develop a family disaster plan. Everyone needs to know what to do on their own to protect themselves in case of disaster. Everyone must be familiar with local earthquake/tsunami emergency plans.

“Know where to go to survive a tsunami. Identify the closest evacuation routes to higher ground near your home/work/school, etc,” he said.