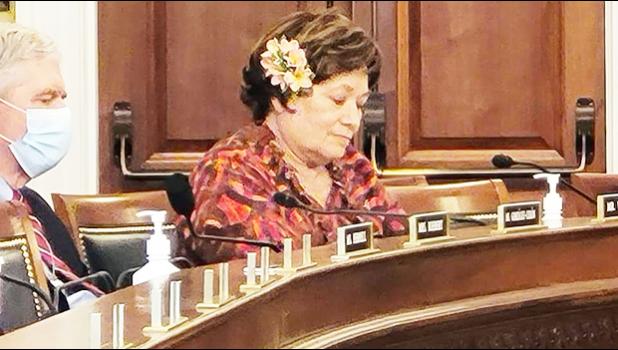 Washington, D.C. — Congresswoman Uifa’atali Amata said that there were developments in Washington on Tuesday improving prospects for a short-term extension of the current Medicaid federal match (FMAP) of 83% for American Samoa, potentially avoiding an upcoming deadline sometimes called a Medicaid cliff.

The measure, part of a Continuing Resolution (CR) to provide short-term funding for the federal government at the start of the new fiscal year, will need to be voted on by the House and Senate. If approved, the plan would extend Medicaid through December 3, giving lawmakers time to continue to work on major yearly federal funding bills, including a lasting Medicaid extension.

“This is an important step, because this plan continues the 83 percent matching rate we worked together to achieve two years ago,” Congresswoman Amata said. “We’ve been communicating with key leadership offices to make sure our rate wouldn’t revert to a lesser federal share. There’s still a lot of work to be done, but we can be assured of step one, that our important Medicaid funds are in the bill. I appreciate that Chairman Frank Pallone and Ranking Member Cathy McMorris Rodgers heard our message on this key need.”

Earlier this year, Congresswoman Amata cosponsored an eight-year Medicaid extension, which has been passed by the House Energy and Commerce Committee, and has bipartisan support. As of now, however, the current appropriations for the Medicaid program go through the close of the fiscal year, September 30, 2021, requiring a CR to give time to continue efforts on a longer extension.