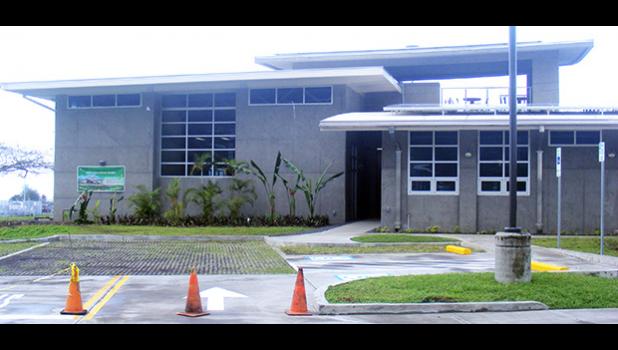 Pago Pago, AMERICAN SAMOA — A power outage Friday night was caused by the failure of an underground joints transmission line between Satala and Tafuna power plants and affected villages on the west side of Tutuila, The outage lasted between 18 minutes to nearly an hour depending on the electric-feeder covering villages, according to a report released Sunday night by the American Samoa Power Authority.

“ASPA sincerely apologizes for the power outage and any inconvenience caused,” said ASPA in the report, which was provided to Samoa News following inquiries to ASPA’s executive director Wallon Young.

For those who were able to access the power authority’s Facebook page, ASPA posted the first message around 7:18p.m. on Friday apologizing for the power outage affecting parts of Tutuila Island — saying ASPA was working  to identify the cause and hoped to restore power shortly.

But several residents affected by the outage told Samoa News over the weekend, that even their cell-phone services were affected, as they were not able to call out, while texting was limited at times.

In the report, ASPA explained that the failure of two cable joints on the underground 34.5 KV transmission line between Satala and Tafuna Plants resulted in a power outage affecting all Tafuna Plant feeders on Friday evening.

“Due to similar joint failures in 2019 and 2020, ASPA began a cable joint replacement program to change out all 147 cable joints on the transmission line over a 12 month period. ASPA has replaced 66 out of the 147 cable joints to-date and the program is still on-going,” ASPA said.

ASPA explained that the “long delivery times due to supply chain shortages and shipping delays has disrupted the cable joint replacement program and the installation of two new GE units at Tafuna plant that will replace the Caterpillar units but ASPA is still committed to complete both projects as soon as possible”.

The ASPA report said the power outage was limited to between 18 to 58 minutes for all six feeders, as the power outage occurred around 6:57p.m. ASPA also identified each feeder and how long before the power was restored. For example, Feeder-6 to Futiga via ASCC road was out for 58 minutes, while Feeder-19 to Fagamalo (on the far west side of Tutuila) was out for 53 minutes.

On its Facebook page, ASPA posted a final power outage message, as of 10p.m. Friday, saying that a “tie-line fault caused an overload at the Tafuna power plant” and crews continue to work to find and repair the fault to get the tie-line back up. Also water was being restored to areas affected by low to no pressure as the water system was impacted by the power outage.

Residents in the Fagaima and Ottoville area of Tafuna were fortunate enough despite the power outage — which lasted for about 41-minutes — to still have water, while other nearby areas weren’t so fortunate.