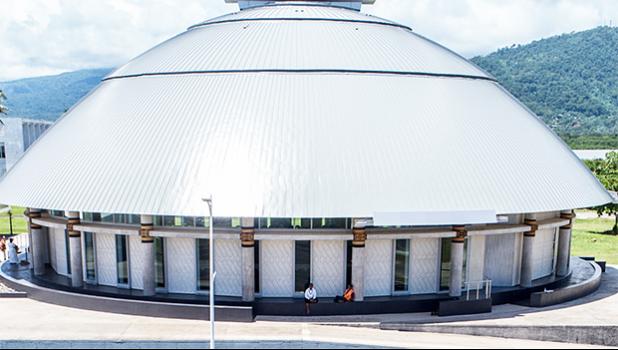 The judiciary is warning anyone who stands in the way of its ruling could face criminal penalties.

Tuila'epa's announcement Wednesday night also included a warning to the judiciary that it was over-reaching its powers by seeking to limit his own, reports the Samoa Observer.

The publication reported Tuila'epa saying that one arm of government should not "like Hitler" seek to assert its authority over another.

He has instead insisted that Parliament can only be "properly constituted" after petitions, by-elections, and the invoking, if necessary, of a requirement that at least six women MPs be in Parliament.

Tuila'epa's caretaker government appears likely to face further legal challenges after announcing on Tuesday that they had the power to obtain funding for ministries' budgets for the new fiscal year despite Parliament not sitting.

Meanwhile, the caretaker prime minister is due to face a contempt of court suit on Friday (Samoa time).

Tuila'epa, the attorney general Savalenoa Mareva Betham-Annandale, the former speaker of Parliament Leaupepe Toleafoa Faafisi and the clerk of the Legislative Assembly Tiatia Graeme Tualaulelei have all been named for their roles in obstructing Parliament from convening on 24 May.

The motion has been brought by the FAST party, which emerged from April's election with a majority, seeking to have the four cited for contempt of the Supreme Court order on 23 May calling for Parliament to sit the following day and MPs to be sworn in.

The court has free rein in penalizing such cases ranging from censure to fines, up to imprisonment.

According to a prominent lawyer and former attorney general acting for FAST, Taulapapa Brenda Heather-Latu, the caretaker prime minister and the attorney general are being cited for the more serious 'scandalizing the court' which she said is of a criminal nature.

The clerk and former speaker are to answer to motions more civil in nature, said Taulapapa.

Samoa's caretaker government has said the country's athletes will not be competing at the Tokyo Olympics.

However, the team has not been officially notified of any withdrawal.

A meeting was scheduled late yesterday afternoon to discuss the team's involvement in the Games.

The caretaker Cabinet decided on Wednesday to prevent Team Samoa from travelling to Japan due to Covid-19.

Afamasaga said the decision was made because the chance of infection was too high.

Samoa had already selected athletes from several sports including weightlifting, boxing, sailing and athletics, but neither rugby sevens team had qualified.