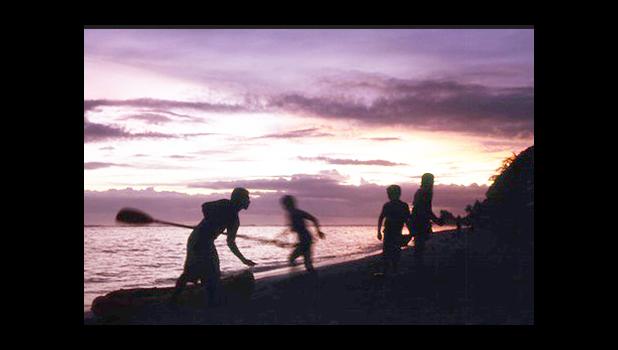 Scientists paint one of the most vivid and detailed pictures to date of human migration across the Pacific Ocean.
By
Amy Middleton, Cosmos

Around 3,400 years ago, humans made the intrepid journey to one of the most remote places on Earth – the islands of Oceania. How did that prehistoric population traverse such a huge expanse of ocean to colonise this region? And more importantly, where did they come from?

Researchers led by Alvaro Montenegro from Ohio State University in the US put together detailed data on climate events, ocean currents and wind to create computer simulations of oceanic voyages, and found settlers moved from the Pacific to remote Oceania islands with the wind.

The results, published in the Proceedings of the National Academy of Science, also highlight the importance of climate variation on settlers’ decisions to travel and their seafaring methods.

Migration to far-flung Oceania islands, which includes modern-day Tonga, Samoa and Micronesia as well as Hawaii and New Zealand, continues to baffle scientists.

Montenegro says the journey was “arguably the most expansive and ambitious maritime dispersal of humans across any of the world’s seas or oceans.

“Though archaeological, linguistic, and genetic data have provided substantial evidence for when peoples first arrived to many of the region’s islands and archipelagoes, important questions still remain.”

So he and his colleagues used detailed current, rainfall and wind data from sources such as the US Navy’s Marine Climatic Atlas of the World, including the effects of the El Niño-Southern Oscillation.

This data was coupled with voyage simulations of the shortest possible routes from origin to end-point.

The results suggest that settlers probably arrived in western Oceania from the Maluku Islands, an archipelago within Indonesia. Meanwhile, for crossings from West Polynesia into East Polynesia, all the shortest simulated trajectories passed through Samoa.