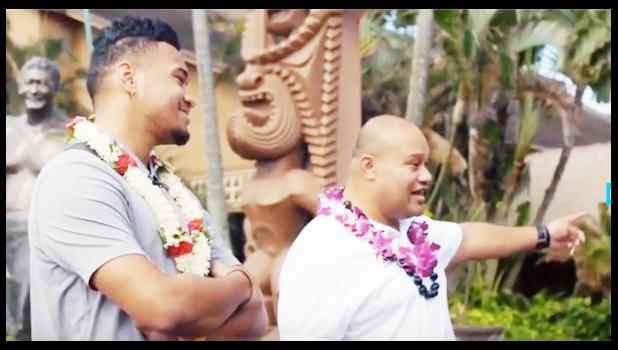 Honolulu, HAWAII — The brand new “Tua” documentary about Miami Dolphins quarterback Tua Tagovailoa, (and first reported in Variety) will debut this Sunday on FOX Sports. The documentary will proudly display and highlight the Samoan culture, along with the Polynesian Football Hall of Fame and Polynesian Bowl.

The documentary about Miami Dolphins quarterback Tua Tagovailoa, was first reported in Variety.

“I’m excited about this film for a variety of reasons, but mainly because it represents the deep love and appreciation that I have for my culture, my faith and, more importantly, my family,” said Tagovailoa. “I am extremely proud of this project and the efforts it took to get here. I look forward to sharing it with everyone.”

“Tua is a beloved young star with an incredible story,” said Charlie Dixon, Executive Vice President of Content at Fox Sports. “We like to say, ‘Fox is Football’, and since it’s in our DNA, that means providing the deepest insight into the sport both on and off the field. The film’s level of access and pure emotion provides a new level of appreciation for his journey.”

The film is part of Fox Sports Films’ MAGNIFY series and will delve into the past year of Tagovailoa’s life. Motivated by family support and critical pundits alike, the former University of Alabama quarterback works to overcome a career-threatening injury ahead of the 2020 NFL Draft. While focusing on the past year’s injury comeback during one the greatest college football careers ever, the documentary also chronicles Tua’s evolution from childhood in Ewa Beach, Hawaii.